Businesses and property owners are required under the law to provide sufficient security in order to prevent potential criminal activity from occurring on their premises. In the event that a business or property owner fails to do so, you may need the help of a Houston Negligent Security Lawyer.

Property owners and businesses can help held liable for damages in a negligent security Illinois lawsuit if they do not have reasonable security measures implemented and a person becomes a victim of a crime while on their property.

Cases involving negligent security are a type of premises liability action where the focus is on the duty that businesses and property owners owe to the general public for taking reasonable steps to ensure any known security risks are addressed.

The Willis Law Firm attorneys are very knowledgeable about the various legal liabilities and responsibilities of property owners and businesses that fail to provide their customers with adequate security, which leaves opportunities for criminal violence to occur.

What is Negligent Security?

An area of law called “Negligent Security Law’ is under the “Premises Liability Law” general category. “Negligent Security” is a term that describes a situation when you are a victim of a criminal, violent attack, like a robbery, rape, shooting, or assault, while you are on someone else’s property. Usually, these claims arise when a customer is followed to their vehicle at a shopping center and then mugged before they are able to get into their car; an individual being shot or robbed while taking money out of an ATM machine; being robbed at a gas station while you are filling up your car with gas; an assault that takes place inside of a hotel room; or an assault in an apartment complex lobby. A duty is imposed by the law on those commercial establishments for maintaining their property in a condition that is reasonably safe.

This includes the obligation of being aware of what is taking place around them within the community. If shootings, robberies, and/or other types of violent criminal activities have been happening within a distance that is reasonably close to where your incident took place, then the property owner does have a duty to take action to keep you protected. For example, if there are robberies constantly occurring in a shopping center parking lot, then the shopping center owner has a duty to eliminate some exits and entrances, add more lighting, install more video surveillance, add extra security guards, and other actions that would or should be taken by other shopping centers to protect against crime. If a certain shopping center within a local area is targeted more than others by criminals, that there might be a higher duty for this shopping center to offer a higher level of security for the customers than another shopping center is located across town, where a much lower level of criminal activity takes place. 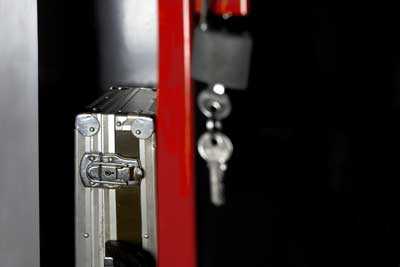 Although violent criminals end up with long jail sentences, that doesn’t help the financial situation of the victim after they are left having thousands of dollars worth of medical bills, lost ability to earn income in the future, and permanent injuries.

If a property owner does not take proper care of their property and then you end up being harmed due to that failure, they are liable and you can hold them responsible for it. Some examples of the questions that the Willis Law Firm seeks answers for after someone is a victim of a violent crime while on someone else’s property include the following:

Negligent security lawsuits are filed by people who are victimized or attacked on someone else’s property. Negligent security claims are controlled by premises liability law since they arise from the control or ownership of the premises or property. A property owner or the responsible party, under premises liability law, who is responsible to maintain the property, can be held liable for another person’s injuries if the injuries were caused by a dangerous condition that was present on the property. Although there are several different circumstances that can create unsafe conditions, traditionally negligent security law has addressed these unsafe conditions that are caused by third-party attacks, such as assailants.

If you were injured by a third party assailant in an attack on someone else’s property or premises, then you should consult with an experienced and skilled negligent security lawyer at the Willis Law Firm as soon as you can to discuss the legal remedies that are available to you.

What Does the Law Have to Say About Negligent Security Claims and Premises Liability?

Premises liability law in most states places a duty on organizations or individuals that control or own buildings or land to maintain their property in a sufficiently safe condition and warn individuals of any reasonably discovered or known hazards. In a premises liability case, in order to recover damages, the injured party is quired to prove that there was a dangerous condition that was present on the property; the possessor or owner knew or should have been aware of the condition; the possessor or owner failed to take reasonable action to reduce or eliminate the danger; and that the failure of the property owner or possessor was the proximate cause of the victim’s injury. There is a dangerous condition present whenever there is something on the property that posed an unreasonable risk to individuals on the property that might not be obvious to them.

In Negligent Security Cases, What Responsibility Do Landowners Have?

Landowners do not have any general duty to protect individuals on their property against third-party attacks. As a consequence, an injured individual might only recover damages for those injuries that are caused by attacks on someone else’s property when the landowner owed them a special legal duty. City ordinances, state laws, contractual provisions, advertising claims, or the relationship of the property owner and injured person might all create a necessary duty. As an example, if an injured individual is invited on a property for business reasons or a social guest, a duty of care is imposed by many states to take reasonable action to protect invitees from reasonably known or known dangers on their property. Knowledge of past crimes in the neighborhood or on the property might create a duty to warn guests of the risk of an attack also. If there is a foreseeable potential for a criminal attack, a duty is imposed by most states on property owners to take sufficient precautions to keep people on the premises protected against attacks.

In Criminal Acts, What is Foreseeability?

Something is foreseeable under the law if its occurrence should be or can be reasonably anticipated, or if an individual with an ordinary degree of cautiousness would expect it to exist or occur under the circumstances. Different standards are used by different states to answer this question of whether a criminal attack was foreseeable or not in a negligent security case. In general, most states use a combination of the factors below for determining foreseeability: 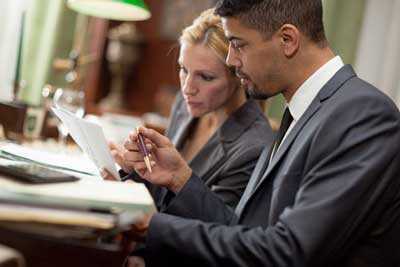 In this case, foreseeability is determined based on evidence that the property owner should have known or knew a specific crime was imminent based on the crime taking place previously on the property or in the area.

In this case, foreseeability is determined based on evidence that comparable criminal acts occurred near the property within a specific time frame

Totality of the Circumstances

In this case, foreseeability is determined by the layout, condition, and location of the premises, as well as other relevant factors, which include any previous criminal activity near or on the premises or property.

No matter which approach is used, whenever an attack is deemed to be foreseeable, it will be found by courts that property owner did have a duty to take reasonable measures for protecting individuals against third-party assaults who are on their premises. Reasonable security measures in Houston, TX might include hiring a reliable and qualified security service, install ATM panic buttons, have one-use key cards for hotel rooms, develop building access control measures, install an intercom/buzzer system, have working door locks, create a security a plan, actively monitor security cameras, and install security systems.

What is a “Balancing Test” That is Used By Courts?

What are the Common Defenses That Property Owners Use?

Although the availability of specific defenses will vary by state. the following are some of the most common defenses that property owners assert:

To counter those defenses, a person who is injured from being attacked on someone else’s property should seek help from a skilled and experienced personal injury lawyer.

If you were injured from an attack that occurred on someone else’s property, call an attorney who is experienced in premises liability cases right away so you don’t miss the filing deadlines for your case. An experienced Houston personal injury attorney at the Willis Law Firm will evaluate your negligent security claim and assist you with preparing your case. Give us a call today at (713) 529-9377 for your Free Consultation.