A railroad injury FELA attorney is a personal injury lawyer who is available to assist injured railroad workers in filing their FELA claim and lawsuit.

Working for the railroad is hard work. Serious injuries and deaths are more common due to the nature of the job, and the special risks and dangers associated with railroad employment. If you work for the railroad and have been injured on the job, then you may file a FELA claim. FELA states for Federal Employers’ Liability Act (FELA) first enacted in 1908. The FELA was enacted to (1) assure railroad employees a safe workplace and (2) provide such railroad employees and their families the right to recover worker’s compensation if the railroad worker is injured or killed in a railroad accident. Call us if you have been injured while working for the railroad as an engineer, maintenance of way worker, brakeman, fireman, switchman, welder, maintenance worker, mechanic, conductor, signalman, yardmaster, or other railroad jobs. You may be entitled to file a FELA claim for legal compensation and damages for your injuries.

David P. Willis obtained a $15 million judgment against the Southern Pacific Transportation company and others, as a result, a single-car – train collision which cost the life of one girl and left the other passenger seriously brain-damaged.

The court also found actual and punitive damages against the railroad. This crossing case involved a passenger vehicle that was broadsided by a 142 car, 3 engine train, in which it alleged and ultimately proved to the court was speeding and did not sound the horn or bells on the train until the moment of impact. The trial attorney, David P. Willis of Houston was contacted by a local attorney to represent the family of the severely injured child.

On a sad note, during this three-week trial, another driver of another car was also killed at the same intersection. Southern Pacific Transportation Company up until then, had refused to put signals and gates at this crossing. Unfortunately, it took a big verdict and yet another death before the proper safety equipment was installed.

The Willis Law Firm represents injured railroad workers and their families in FELA injury and death cases against the railroad companies and victims in crossing accident cases. Contact the Willis Law Firm if you or a loved one has been seriously injured or killed.

The Federal Employer’s Liability Act (FELA) was enacted by Congress in 1908 to provide benefits for railroad workers who sustain injuries in the scope of their employment. Unlike state worker’s compensation laws that provide benefits on a no-fault basis, FELA is based on the principles of fault. To recover damages in this type of claim, the injured railroad worker must establish that the railroad caused, or in some way contributed to, the accident. The monetary awards by a judge or jury in a FELA claim or lawsuit to which an injured railroad worker or family may be entitled to receive under FELA, are not capped. 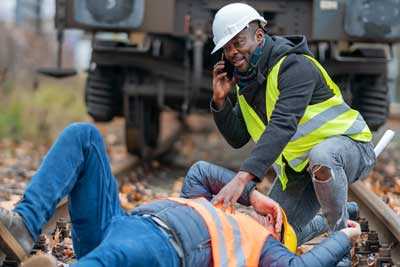 What Requirements Must be Established for a F.E.L.A. Case?

The three basic requirements that must be established under FELA in order for an injured railroad worker to recover damages are:

What Types of Monetary Damages are Recoverable in F.E.L.A. Cases?

There are additional FELA death benefits that are recoverable when a railroad accident results in the railroad worker’s death.

What is the Statute of Limitations for Filing a F.E.L.A. Lawsuit or FELA Claim?

Federal Employer’s Liability Act cases must be filed in court within three years of the date of the accident. In the case of repetitive stress injuries and occupational diseases, the three (3) year statute of limitations begins to run when the injured railroad worker knew, or reasonably should know, that they may have a work-related injury.

We have a proven track record successfully litigating railroad injury lawsuits involving FELA claims. Our office has helped many critically wounded clients recover money for amputations, asphyxiations, burn injuries, brain trauma, death, and other catastrophic disabilities caused by railroad accidents. David P. Willis is board certified as a personal injury trial law specialist. We’ve put in a lot of effort to get the best results for our clients, and we’ll do the same for you and your loved ones. Call us at 713-654-4040 or 1-800-883-9858.