Hurt by an IVC Filter

IVC (inferior vena cava) filters are commonly placed in patients who are at risk of blood clots but are not candidates for blood thinners, especially following major surgery. The inferior vena cava—the primary conduit that transports blood from the lower body to the heart—is where these little cage-like or spider-like devices are placed. IVC filters made by C.R. Bard and Cook Medical, including Bard’s Recovery®, G2®, G2® Express (G2®X), Eclipse®, Meridian®, and Denali® Vena Cava Filters, may cause catastrophic damage.

Has faulty medical equipment known as a Bard IVC filter caused injury to your family? Our Houston injury lawyers may be able to help you get significant financial compensation.

Injuries caused by Bard IVC filters are being evaluated by the Willis Law Firm in all 50 states. If you or someone you know has been harmed by a Bard IVC filter, please contact our injury attorneys for a free case analysis. Please call us at 1-800-883-9858 or 713-654-4040 to talk about your injury caused by an IVC filter. 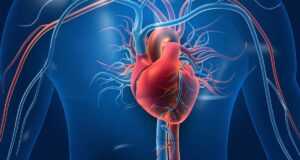 Such claims might be filed against C.R. Bard of New Jersey, the manufacturer of the faulty equipment designed to catch blood clots before they reach the lungs. C.R. Bard’s retrievable IVC filters include the following:

In a product liability lawsuit, you can hold the manufacturer of a faulty Bard IVC filter responsible for the awful harm committed on unsuspecting Americans who put their faith in the medical device.

According to a variety of medical research, the failure rate of the Bard IVC filter is between 21% and 31.7 percent.

How Does a Bard IVC Filter Work?

The goal of an IVC filter is to keep blood clots from reaching the patient’s lungs and triggering a pulmonary embolism. These blood clot filters are tiny wire cages inserted into the main blood artery between the heart and the lower part of the body. These cages include ultra-thin wire legs that can catch blood clots in the circulation before they reach the lungs. A Bard IVC filter is also known as a temporary inferior vena cava (IVC) filter.

A Bard IVC filter is a temporary or retrievable filter. It’s supposed to be removed from the body once it’s done its work and the risk of a pulmonary embolism (blood clot in the lungs) has subsided.

When the IVC filter isn’t removed on time, patients can suffer IVC injuries such as filter fractures and migrations, blood clots in the lower extremities, and internal organ perforation. An IVC filter lawsuit brought by a Bard IVC filter lawyer may be based on those injuries.

Who Uses an IVC Filter?

Patients who have an IVC filter have a substantial risk of pulmonary embolism and are unable to use blood thinners or anticoagulants. As a result, patients require a new way of preventing blood clots from reaching the lungs.

Symptoms of a Blood Clot

A blood clot is one of the most dangerous medical conditions that can happen in the body. These clots can stop blood flow and are particularly harmful when they travel through the bloodstream to critical organs like the heart, lungs, and brain.

Warmth or reddish or blue skin discoloration in an arm or leg are signs of blood clots. While a blood clot becomes a deep vein thrombosis (DVT), other blood clot symptoms include pressure or swelling in the leg, primarily when standing or walking.

The clot or thrombus develops in one or more of the body’s deep veins, which include veins in the legs, but discomfort and swelling can also occur in the arms.

A “Charley horse” can be a sign of a blood clot. Patients will have the sensation of a pulled muscle in the cramp of the leg. The standard Charley horse ends there. But blood clot symptoms also include leg warmth, swelling, or discoloration.

Other circumstances can develop blood clots, including:

The FDA initially authorized Bard IVC retrievable filters because they were essentially equivalent to filters that had already been approved and placed on the market. That indicates that there are no human clinical studies conducted before the approval of Bard’s filters.

IVC filter difficulties rapidly became unmistakable after their approval and release to the market. These side effects were identified by the FDA, which issued an IVC filter safety warning in August 2010.

According to the FDA, many of these side effects were caused by the retrievable filter being in the body for longer than it should have when the danger of pulmonary embolism was minimized. Filters like this are intended to be removed.

When the risk of pulmonary embolism has passed, doctors should remove IVC filters as soon as appropriate, according to the FDA. IVC filters were also linked to long-term risks include filter fracture, lower limb DVT (deep vein thrombosis), filter migration, IVC perforation, and filter embolization.

Bard IVC filter cases are based on injuries caused by flawed filters. Those lawsuits have already been filed, accusing the manufacturer of careless misrepresentation of its products, failure to warn patients about the risks, and producing a defective device.

Which Bard products are the subject of IVC filter lawsuits? The Bard G2 filter, the Bard Recovery filter, and the Bard G2 Express filter are included in the product liability litigation.

Although Bard removed its Recovery IVC filter from the market in 2005, many patients still have its faulty device in their bodies. Even though Bard withdrew the device, those patients may qualify for a Bard IVC filter lawsuit.

An Illinois man filed a Bard lawsuit in 2013 alleging that his Bard Recovery IVC filter had moved to his heart, requiring emergency open-heart surgery. Other Bard claims have also been brought, including one that led to a private settlement with Bard following another man’s open-heart surgery.

Despite facts indicating that Bard G2 and Recovery IVC filters posed an unacceptable risk of damage or death to consumers, the manufacturer failed to take appropriate precautions to safeguard consumers or notify them about the risks.

Thousands of people have had the Bard G2 and Recovery filters implanted, putting them at risk of serious and possibly fatal harm if the Bard IVC filter fractures, migrates, or fails. Individuals who got one of these IVC filters may be eligible for financial compensation because Bard failed to educate or warn physicians or the general public.

David P. Willis is board certified as a personal injury trial law specialist. Our attorneys in Houston assist patients and families around the United States, and we do it with unrivaled experience and success. Please call us at 1-800-883-9858 or 713-654-4040 to talk about your injury caused by an IVC filter.