The number of pressure cooker lawsuits filed due to explosions resulting in severe burns and injuries to the user has risen dramatically. Many recalls have also been issued across the country due to many concerns. If you have been hurt by a pressure cooker, you can learn more by calling us at 1-800-883-9858.

Pressure cookers like Instant Pot have been heavily advertised on television and in stores, promising fast and delicious meals. Tragically, some unsuspecting customers have had their pressure cookers explode, spilling hot liquids all over their kitchen, resulting in horrible injuries.

The pressure cooker brands implicated in lawsuits include Cuisinart, Instant Pot, Presto, Bella, Wolfgang Puck, Elite Bistro, Crockpot, NuWave, Phillipe Richards, SharkNinja, Tristar, Mirro, Fagor EZ Lock, Maxi-Matic Elite Premium, and more. There are hundreds of manufacturers of pressure cookers, so if a brand not listed caused injuries, you may still have a claim. We file pressure cooker lawsuits across the United States.

How does a pressure cooker explode?

Pressure cookers frequently reach temperatures well above 200 degrees, making their dependability crucial. Consumers’ safety has been compromised by faults signaling the machine is safe to open, in addition to malfunctioning rubber rings surrounding the pot’s lip and other flaws.

A pressure cooker lid should never be able to come off while the contents are pressurized, thanks to modern designs and various safety features.

But faults found in many items manufactured in the last decade might make a pressure cooker unsafe and cause serious injuries, such as:

Our attorneys are actively involved in cases involving defective products that cause significant injuries like those involving pressure cookers that explode and fail.

What should you do after a pressure cooker explosion?

As quickly as possible after the explosion, snap images of the appliance and its contents. Photograph the entire scene where the pressure cooker explosion occurred. Photograph your injuries.

Safely unplug the device. Measure how far the contents exploded from your pressure cooker. Be careful to save the cooker after it explodes so that one of our defective product investigators can inspect it. Do not let anyone take the pressure cooker apart, repair it, or alter it in any way because that would undermine your ability to prove the case.

Tell your physicians what happened. It’s vital to include how your injuries occurred in your medical history.

You should also look for your receipt to show where you got it and when you bought it. You should also give us the original box and instruction book if you still have them. Filing deadlines can be as short as one year, so contact a personal injury lawyer immediately after your medical condition has stabilized. 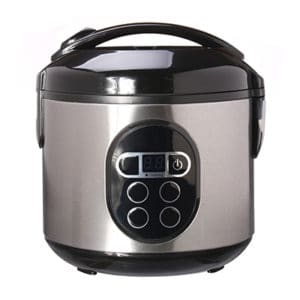 In recent years, a range of new pressure cooker features have been marketed to increase widespread sales of these items. Consumers have a reasonable expectation that their pressure cooker will neither burst nor enable the lid to be removed while pressurized based on these claims. Some of the pressure cooker safety features that could be defective include:

Lid locks and safety devices: Locks are meant to make it impossible to remove the pressure cooker cover or unlock the device until it is entirely depressurized. The cooker should not pressurize until the lid is properly locked in place. If the lid isn’t secured properly, the pressure cooker will default to “keep warm” or “sauté.”

Pressure Pot Lowering Features: Many pressure cookers include mechanisms that should automatically reduce pressure if it rises too high by dropping the inner pot. This may allow steam to escape around the lid’s rim, but it should not allow hot contents to escape the pressure cooker.

Automatic pressure control: Sensor devices are supposed to keep the pressure within the cooker within safe limits. If the pressure in the cooker rises too high, it should immediately switch off or release steam to relieve it.

Pressure Release Valves and Anti-Block Vents: Steam must be released through a valve or vent before the lid may be removed. Advanced “anti-block” features, according to consumers, reduce clogging. Food or fluids should never build up and prevent steam from being released through the pressure valve.

Call a pressure cooker lawyer to determine if you can file a product liability claim seeking financial compensation if you were severely injured because of a defective pressure cooker.

If you or someone you know has been injured by a malfunctioning electric pressure cooker, you may be entitled to compensation from the manufacturer for your medical expenses, lost earnings, and pain and suffering. Recovery areas could include:

Our personal injury law office has helped many critically wounded clients nationwide recover money for amputations, burn injuries, brain damage, and other catastrophic disabilities caused by defective products like pressure cookers. Our personal injury attorneys represent families in lawsuits against negligent manufacturers across the United States. David P. Willis is board certified as a personal injury trial law specialist. We’ve put in a lot of effort to get the best results for our clients, and we’ll do the same for you and your loved ones. Call us at 713-654-4040 or 1-800-883-9858 to tell us your story about the injury from the pressure cooker.