No one wants to be the victim of a workplace injury but Every day in America, numerous industrial, manufacturing and refinery workers are killed or maimed due to the negligent conduct on the part of their employer, a co-employee or the negligent conduct of a third party (3rd party) or company. By the very nature of an industrial setting, many dangerous situations exist for injury and death.

Industrial and manufacturing plant accident injuries commonly are due to falls from ladders and scaffolding, crane accidents, toxic chemical exposures, asbestos exposures, falls from roofs, falls in holes without guarding or barricades, electrocutions, lack of catch nets, back injury due to heavy lifting, and personal injuries from being hit by falling objects in refineries, warehouses, and construction sites.

Many other workers are injured while using defective or dangerous products including scaffolding, cranes, power tools derricks, hoists, conveyors, woodworking tools, ladders, winches, trucks, graters, scraper, tractors, bulldozers, forklifts, as well as many other types of equipment found at or near industrial, refinery and factory workers. Such accidents should be investigated by our certified injury lawyers in Houston, TX.

The legal issues involved with a personal injury or death occurring on an industrial or manufacturing plant accident site can be complicated due to the location and ownership of the site itself and the many parties in question. Often after a worker is injured, representatives and lawyers of the different companies will meet and discuss the details of the accident, hire investigators and photographers to document the site.

Access to the injured employee or his family to also photograph the site or the equipment involved is usually blocked requiring the hiring of an industrial injury lawyer to intervene and protect the evidence and gain access to the site for an investigation. 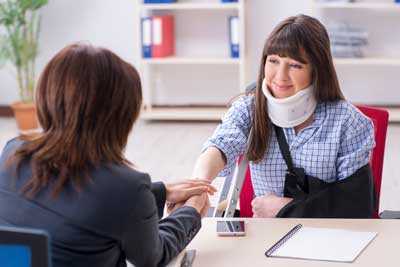 Once hired, an Houston accident attorney should hire a private investigator to start interviewing witnesses of the accident and research the ownership of the facility and the names and position of authority and responsibility of all parties involved. The accident lawyer should then write or contact the companies and demand access to the facility and obtain a written agreement that the evidence or accident site in question be preserved until it has been inspected by the injured parties attorneys and engineers.

If an agreement can not be reached as to the preservation of the site, then an immediate industrial accident lawsuit or injunction would need to be filed and get the court to order the inspection. The quicker an attorney gets involved the better. Time can sometimes be our worst enemy in industrial accident cases. Workplaces change, workers move and memories often fade. Contact the Willis Law Firm, we can help.