Each year, 4,000 Americans are killed and many more suffer severe injuries in crashes with the large trucks known as 18-wheelers, tractor-trailers, semi-trucks, semis, diesel trucks or big rigs. Victims and their families can often file a lawsuit for monetary compensation for their losses with help from an experienced Houston truck accident lawyer. By their very nature, giant 18-wheelers weighing 10,000 pounds or more can be extremely dangerous, causing horrifying crashes that injure or kill innocent persons. If such a person was a member of your family, you need payments for your losses. You need justice. You need an experienced Houston injury law firm.

If you or a loved one was injured in a big rig crash, talk to an 18-wheeler accident lawyer with the Willis Law Firm. You may be legally entitled to substantial cash payments for injury losses, including money for your medical bills, pain, suffering, mental anguish and lost present and future wages. Contact us today and receive a free legal review of your case, at no obligation.

When vehicles of such disparity collide, guess who’s most likely to be killed? It’s not the big rig driver, that’s for sure. In fact, car drivers are 80 percent more likely to die in a wreck with a diesel truck than in a wreck with another car.

The majority of each year’s 5,000 deaths in collisions between a large truck and a car are deaths to the driver or passengers in the car. Indeed, big rigs are involved in a disproportionate amount of fatal crashes. Semi-trucks comprise only 3 percent of the vehicles in use, yet they’re involved in 12 percent of fatal accidents.

In the tragic event that someone in your family was injured or killed in a crash with an 18 wheeler or some other big rig, you have legal rights. You can get an 18 wheeler accident lawyer or car accident attorney in Houston from our law firm to fight for your legal right to financial remedies for your losses.

Certainly, a driver of a car or SUV can cause an accident with an 18 wheeler. Yet in many cases the big rig driver or truck line is responsible.

As professional drivers with loads to carry and deadlines to meet, 18 wheeler drivers often work for too many consecutive hours. As a result, they may fall asleep while driving and cause a catastrophic accident at high speeds on highways.

Other big rig drivers may be overweight and suffering from sleep apnea, or they may be inadequately trained by the truck line, which can be the cause of a big rig accident. 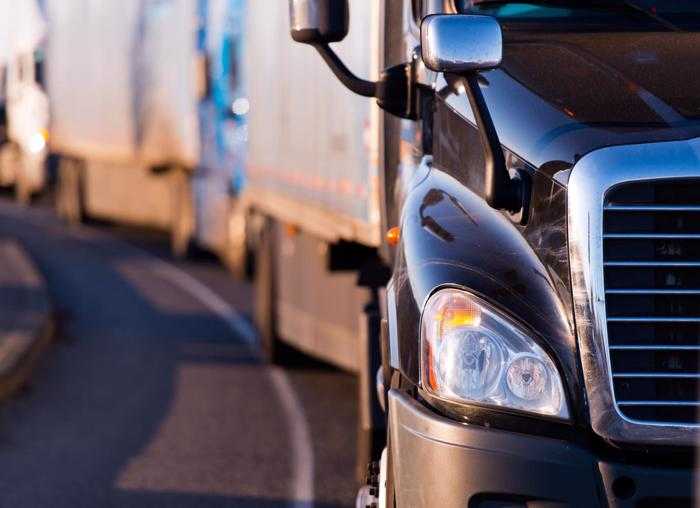 In addition, 18-wheeler drivers may be under the influence of alcohol or other drugs, or they may be distracted by the many new electronics devices which often are installed in truck cabs. Some big rig drivers also tend to tailgate, speed and drive in other reckless ways.

Due to negligence by the trucking line, a semi-truck vehicle could be inadequately maintained. That could result in a tire blowout or some other failure of the big rig, causing a catastrophic collision.

A large truck accident injury can be the most devastating of those in any crash or wreck. Most ordinary-sized vehicles simply are rolled over and crushed by the lumbering leviathans on America’s roads and highways, especially when a semi-truck is proceeding at a high speed in order to meet a deadline to deliver its goods.

Such an 18 wheeler injury can impact the skull or brain, causing neurological damage, paralysis such as paraplegia or quadriplegia, or even death. Back, spinal or neck injuries also can cause paralysis as a life-changing tractor-trailer injury.

Other big truck accident injuries can include broken bones or amputation of an arm or leg. Victims also may be disfigured or burned.

In short, 18 wheeler accident injuries can be life-changing, severe, debilitating and catastrophic. They often are among the worst injuries victims can suffer in any traffic accident or collision.

America must shoulder billions of dollars in losses due to truck accidents — losses both in terms of property damage and also the human cost of lost lives, medical care for survivors and lost productivity.

Someone must pay for such large truck accident costs. But it shouldn’t be the innocent victim in a car or another smaller vehicle that’s hit by a negligent big rig driver.

According to the Federal Motor Carrier Safety Administration (FMCSA), among many causes of 18-wheeler accidents are the following:

Any of these problems with large trucks could cause 18-wheeler accidents — which rarely injure the big rig driver. However, in some 18 wheeler crashes, the truck driver may be severely injured due to the poor crashworthiness design of the truck, the cab, roof rack, roof, roof pillars, airbags, seatbelts, and door locks. These injuries usually occur in a rollover of the big truck. Roof crush and roof pillar collapse on the cab/roof of an eighteen-wheeler due to the weight, speed, and energy of the rollover accident that can be massive. When this occurs, the driver may in fact have a product liability case for his own injuries. The Willis Law Firm has handled these types of cases before and can assist.

Federal statistics show that among 90,000 injuries yearly in tractor-trailer accidents, just a fourth of those killed and just 14 percent of those injured are truck drivers themselves. By contrast, drivers and passengers of other, smaller vehicles comprise three-fourths of the fatalities and 86 percent of the injuries in auto and big rig crashes.

Due to the speeding and loads carried on these trucks, many large truck crash injuries are especially severe.

These injuries can include:

Get an Experienced 18 Wheeler Accident Lawyer on Your Side

If your family has suffered injuries or death due to dangerous 18-wheeler drivers or vehicles, rest assured that you can get an experienced 18-wheeler accident lawyer on your side from the Willis Law Firm. Big rig injuries can be particularly severe, including head injuries, herniated discs, and broken bones. A commercial trucking line or its insurance company is unlikely to pay you for such losses without being compelled by a big rig accident attorney who handles your case. Such an accident lawyer can fight for your rights to payments for your many expenses after a semi-truck crash. The company which manufactured the truck also may be liable for the deaths and injuries caused by it.

You should know that the Willis Law Firm won’t charge you anything for its services unless we win your case for you. Our law firm is paid on a contingency fee basis, which means we only are paid if your case prevails, and even then only from a portion of the settlement in your favor — not from your pocket. Many Americans need such help, due to over 500,000 truck accidents happening in the U.S. annually. In fact, about 12 percent of traffic deaths in this country involve a big rig, diesel truck, semi-truck, tractor-trailer or 18-wheeler, even though large trucks are just 4 percent of all vehicles. Also, 80 percent of fatal large truck accidents are multi-vehicle crashes, as opposed to just 58 percent of other fatal accidents, reports the National Highway Traffic Safety Administration (NHTSA). 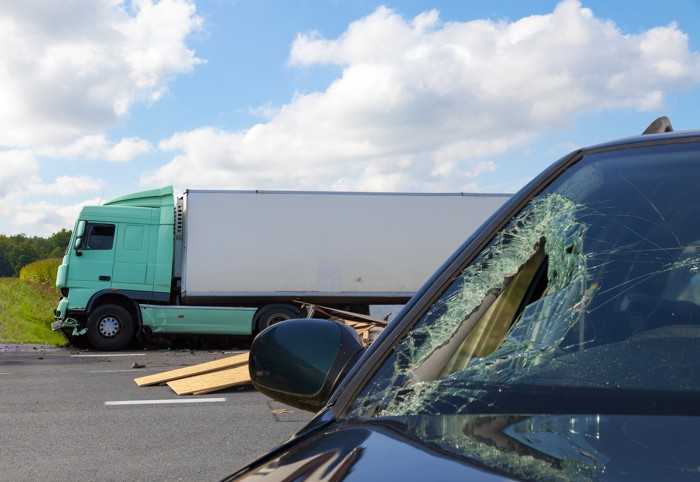 As these past cases show truck accident injuries and deaths can happen to anyone, from professors to a mother a daughter. While many of us drive on the highway daily with 18 wheelers left and right, one often forgets how quickly one’s life can change when a massive big rig accident occurs and how often these 18 wheeler trucks are the cause of the accident.

To launch your claim for payments after a large truck accident with injury or death, notify the Willis Law Firm for a free case review from an 18-wheeler accident lawyer. At no obligation to you, you’ll receive free legal advice from a big rig accident attorney. Then you can decide if you want to proceed in an 18 wheeler accident lawsuit by engaging a semi-truck crash lawyer for your case.

Such a truck accident lawyer can stand up to a trucking line or insurance company which often tries to deny your legal right to full payments for your losses. And you won’t have to pay us anything out of your own pocket since we’ll only be paid by winning your case, and then only from a part of the settlement award. All cases are taken on a Contingency Fee Basis. No fees or expenses charged to the client unless we win your case.

Contact us today and talk to a Board Certified Personal Injury Trial Lawyer with over 30+ years of representing individuals and families that have suffered catastrophic injuries, losses, and deaths from a vehicle and 18 wheeler accidents and rollovers.

Time is of the essence in a major accident involving an 18 wheeler. Don’t let the critical evidence, tire skid marks, airbags, seatbelts, logbooks, cell phones, and other evidence get “lost” in all the red tape. We have over 30+ years of experience protecting the legal rights of our clients.