There are different types of cerebral palsy (CP). Cerebral palsy is normally classified by the type of movement or muscle tone the child has and which parts of the body are affected by the CP. Most children with cerebral palsy have spastic CP.

Spastic CP children have muscle stiffness and increased muscle tone increased reflexes and muscle weakness. The different types depend on which parts of the body are affected, including hemiplegia (the arm and leg on one half of the body are affected), quadriplegia (all four limbs are affected), and diplegia (the legs are mainly affected). A less common type of CP is dyskinetic CP, which includes involuntary movement disorders. The least common type is ataxic Cerebral Palsy.

Most children with CP have a delay in their motor development. This is usually seen at about six months of age, but many children with CP are not officially diagnosed with CP until they are 18 months old. Some early signs of CP and symptoms of CP can include excessive crying or irritability, feeding problems, excessive stiffness when dressing, changing diapers, or bathing.

Contact our personal injury attorneys and schedule an appointment with our legal experts.

Cause of Cerebral Palsy

Cerebral palsy is a medical term for a group of medical disorders regarding a child’s control of movement. Cerebral palsy is caused by an injury to the child’s brain during pregnancy, near the time of birth, during the birthing process or shortly after birth. This form of brain damage may be caused by several factors.

Classification of CP depends on the type, the time of onset, and the medical history of mother and child. Congenital cerebral palsy results from brain damage during pregnancy or around the time of birth and can be caused by a variety of conditions such as a stroke, toxicity, bleeding, brain infection, infection during pregnancy, jaundice, Ph incompatibility, oxygen deprivation, lack of oxygen, kidney infection, encephalitis, and meningitis.

This information is meant to offer a brief overview of the potential causes of cerebral palsy. Contact a physician to learn more about your specific case. If your child has suffered a birth injury before, during, or shortly after birth and has been diagnosed with cerebral palsy, then call a cerebral palsy lawyer to discuss your legal rights to a CP medical negligence lawsuit or cerebral palsy Lawsuit.

Cerebral palsy is a condition caused by damage to the brain, usually occurring immediately before, during or shortly after birth. The term cerebral palsy is not a diagnosis, but rather it provides a useful therapeutic classification for children with involuntary movements, incoordination, and static spastic paresis. It is not curable, but with therapy, education and extensive medical assistance, some patients with cerebral palsy can adjust and lead productive lives. However, those with severe cerebral palsy, unfortunately, their lives may be totally dependent on the assistance of families, medical communities and other entities for their entire lives. 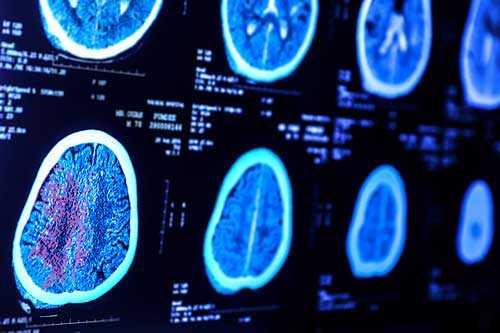 During the birth, many times the child’s ability to obtain needed oxygen is a chief cause of cerebral palsy. It may result from premature separation of the placenta, too large of baby for the birth canal or pelvis, too long or too abrupt of labor, awkward and/or breach deliveries, cord entanglement, excessive Pitocin, shoulder dystocia, failure to order timely cesarean (c-section), placenta abruptus, excessive force or use of vacuum or forceps, and ruptured uterus. Infant’s symptoms of oxygen deprivation may include but are not limited to:

If your child was injured during the birthing process and the medical diagnosis indicates:

There may be evidence of a birthing injury to your child. Of course, not until a thorough review of all necessary medical records by a medical expert, can this be confirmed.

Cerebral palsy appears to be categorized into three main types:

Spastic syndromes are the most common, representing about 70% of all cerebral palsy cases. The spasticity is due to upper motor neuron involvement and may mildly or severely affect motor function. The affected limbs appear stiff and difficult to move. These limbs are usually underdeveloped and show increased deep tendon reflexes and muscular hypertonicity, weakness and a tendency to contractures.

Athetoid or dyskinetic syndromes occur in about 20% of the cerebral palsy cases and usually result from basal ganglia involvement. The resultant slow writhing, involuntary or uncontrolled movements may affect the extremities (athetoid) or proximal parts of the limbs and trunk.

Ataxic Syndromes are very uncommon, usually affecting less than 10% of the cerebral palsy cases and result from involvement of the cerebellum or its pathways and produce weakness, incoordination, wide-based gait, imbalance and difficulty in-depth perception.

Forms of the above three are common, most often a mixture of spastic and athetoid.

If your baby has been diagnosed with cerebral palsy and you believe that the medical providers (doctors, nurses, and/or assistants and hospital staff) actions or omissions contributed to your child’s present condition or you have been told that the diagnosis or symptoms indicate that a birth trauma or birth injury may have injured your child, then you may have a legal action for medical malpractice.

Medical Malpractice is based on evidence of a negligent act and/or omission by a doctor, hospital, nurse or other health care provider which proximately caused or contributed to the injuries or damages to the child. In order to make a claim for medical malpractice, there must be a departure from an accepted custom or practice which caused the injury. In these cases, medical experts must be hired to help prove the negligent act or omission and testify as to what the standard of care is AND whether such acts caused the child’s injuries. Other experts ranging from nursing experts, economists, future life care planners (cost of past and future medical treatments, nursing care, education, evaluations, home care, modifications, ..etc), and other experts needed to prove the injuries and damages suffered by the child and the parents.

All cases are handled on a contingency fee basis. This means that unless there is a recovery made, there is no charge for the attorney’s time, expenses or other costs expended in pursuing the case. If an agreed-upon settlement is made, then the attorneys will receive their fee and legal costs expended on the case. All attorney fee contracts are in writing and fully state the terms of the agreed-upon contract. All expenses/costs in the case are recorded in the client’s file and are open for viewing and backed up by written documentation. In most cases involving severe injuries to a child, the judge of the local court will assign an attorney( usually at the cost of the Defendants) to review the details, allegations, and evidence of the case and the expenses and actually appear before the court and given the judge his or her recommendation to the settlement. This procedure is done to protect the child’s interest and prevent some overreaching parents or guardians from taking advantage of the child’s settlement AND to ensure that the money set aside for the use and benefit of the child is there in the future when the child needs them and not wasted by others.

If you have a question regarding whether or not medical negligence may have contributed or caused to your child’s injury, then talk to an injury attorney now.