Failing brakes create danger for everyone on the road. Brakes are undoubtedly the most critical safety component of a car. They are a vital aspect of managing the vehicle’s speed and are the most essential way for drivers to prevent an accident.

When a car’s brakes fail or fail to function correctly, innocent people are put in danger. Victims who are injured through no fault of their own should be paid by the person accountable for their losses. The brake defect attorneys at the Willis Law Firm assist victims in obtaining the compensation they deserve.

Each Year About 10,000 Accidents are Caused by Brake Failure

While it may appear that damaged vehicle components should occur infrequently, this is not the case. Recalls are issued nearly every day, affecting thousands of vehicles driven on our roadways. Many of those recalls involve a vehicle’s brakes, with many of those flaws generating major concerns about the brakes’ capacity to prevent an accident.

The National Highway Traffic Safety Administration (NHTSA) puts a number on this issue. According to 2015 research, the NHTSA estimates that brake-related problems cause 10,000 accidents yearly. These incidents are not the responsibility of the drivers involved, and they frequently occur despite their best attempts to prevent the collision. Brake defect lawyers investigate these claims regularly.

What are the defective brake types?

There are four types of brakes used in most automobiles today that can fail and cause an accident:

Each of these devices operates by delivering pressure to the spinning metal disc, also known as the rotor, that serves as the hub of a vehicle’s wheel.

A disc brake system slows the rotor by pinching brake pads against its outer edge using a piston housed in a caliper. The friction and pressure created by this bring the rotor and wheel to a halt.

Most bicycles have a visible example of a disc brake.

A drum brake is made up of a smaller disc placed on top of the rotor or within a metal rim on the exterior of the rotor. There are two “shoes” between the two that serve as brake pads. When you press the brake pedal, the smaller disc is either pushed towards the rotor until the shoes make contact with it, or the shoes are driven outwards and against the rotor’s rim.

Drum brakes are a form of brake that is rarely used on current vehicles. However, they are often used on trucks.

Drum and disc brakes both include anti-lock systems as safety measures. Anti-lock brakes instantly remove and then re-attach the brake’s pressure to the rotor when triggered to prevent the rotor from locking and causing a skid. If the anti-lock system fails, the vehicle’s wheel and tire may cease rotating, but the car’s motion may continue while the immobile tire drags on the road.

Finally, most automobiles include a separate set of brakes that may be actuated via a lever or switch within the vehicle. These emergency brakes are typically employed to halt a parked automobile from rolling away. 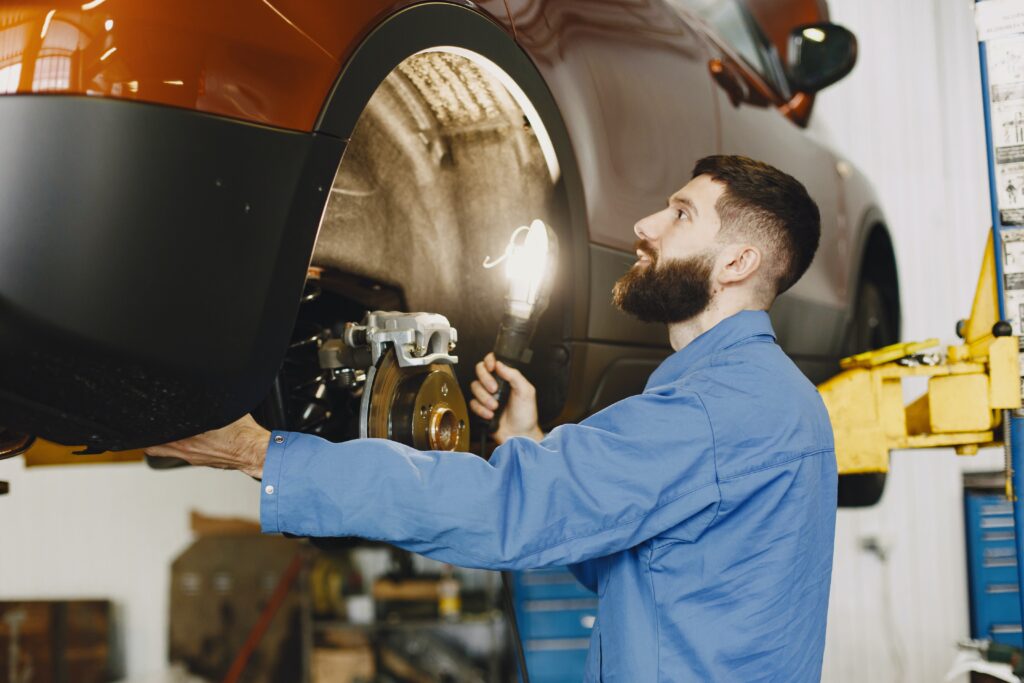 A Crash Can be Caused by Poor Brake Design

Brake designs can be so terrible that they present a potential for failure. When they do, the business that built the brakes should be held responsible for its actions.

Companies that manufacture braking systems for automobiles, like any other product, have a legal duty to make them safe. This requires the use of designs and materials that do not endanger customers or innocent bystanders. It also mandates them to implement safety elements where the benefits outweigh the costs.

Defective designs are uncommon, however, because braking systems have been developed along virtually identical lines for years with minimal innovation. When alterations are made to current designs, there is a possibility of an increase in automobile accidents due to the new design. If this occurs, the victims who are injured as a result of the defective brake ought to be reimbursed for the damage they would not have experienced if the design had been better.

Problems with Manufacturing Can Result in Defective Brakes

A vehicle’s braking system is considerably more likely to fail due to a manufacturing flaw.

Manufacturing defects are errors that occur throughout the manufacturing process that render a product less safe than it should be. These errors result in a product not adhering to the original design, making it less effective and perhaps harmful.

When a car or truck’s braking system has a manufacturing flaw, the consequences can be disastrous. The defect may not become apparent until the driver is forced to rely on the brakes to escape a collision. The pressure imposed on the brakes by this can disclose the flaw, leading to brake failure, and resulting in an accident.

Problems with Installation and Maintenance Can Lead to Brake Failure

The brakes themselves may be good in certain circumstances, but the manner they were installed or maintained may prevent them from operating correctly, resulting in a crash. If the driver failed to maintain the brakes, it may be difficult to shift the blame for the incident to someone other than the driver. However, if the brake was not properly placed, the technician or auto body shop may be held accountable for their carelessness.

Other Types of Defective Brakes

Brake systems are complex, and possible flaws can influence a wide range of components. A flaw can occur in the design, manufacture, or installation of a braking system and its components. Potential braking system flaws include the following:

If you were in an accident and your brakes failed, you may have a claim. Contact a brake defect attorney now to analyze whether you have a claim for defective brakes.

Our defective brake attorneys have helped many critically wounded clients nationwide recover money for amputations, asphyxiations, burn injuries, brain trauma, spinal cord injury, death, and other catastrophic disabilities caused by defective brakes. David P. Willis is board certified as a personal injury trial law specialist. We’ve put in a lot of effort to get the best results for our clients, and we’ll do the same for you and your loved ones. Call us at 713-654-4040 or 1-800-883-9858.