Kinds of Park to Reverse Accidents

There are two principal kinds of park to reverse accidents, also known as false park accidents or unintended powered rollaway accidents. They are:

Dating as long ago as the 1960s, in which a “detent” or mechanical catch fails to secure a gear in place, which could lead to a vehicle suddenly shifting from neutral or park into reverse or drive.

Happening with recent Jeep Grand Cherokee, Chrysler 300 and Dodge Charger vehicles equipped with that new technology. Drivers don’t physically change gears when using such gear shifters, but send an electronic signal to the transmission. Many problems then can ensue in terms of securing the vehicle in the proper gear.

The detent defects causing park to reverse injury began to arise with vehicles from the 1960s onward — vehicles that used long-customary gear shifts mounted on the steering column or the vehicle floor.

Such gear shifts used “detents,” which are a mechanical “catch” for holding gear in place. Defective detents on many Ford vehicles and on those of some Chrysler and General Motors cars meant they could be accidentally be placed in between gears, then suddenly shift into an unintended gear.

False park accidents could occur when a driver intended to leave a vehicle in park and instead it was inadvertently left in between park and the reverse gear. A jarring of the vehicle then could cause it to shift completely into reverse and begin to roll away under its own power.

Vehicles inadvertently left between one gear and neutral also could shift into neutral and begin to roll backward or forward, harming people standing outside the vehicle. Or, a vehicle left between drive and neutral could self-shift abruptly into drive due to a detent defect. 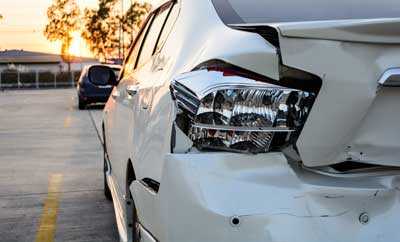 By contrast, electronic gear shift defects involve failures in a new software system that transmits a gear shift to the transmission electronically when the driver slides the shifter slightly forward or backward, after which the control pops back into a middle position.

Such electronic gear shifts are confusing to many drivers, who may have thought they left a vehicle in park when instead it was in neutral and then rolled away.

Also, defective electronic gear shifts have a nearly identical process for placing them in park as in reverse, leading to parking to reverse accidents. They also lack fail-safe components to alert drivers that a vehicle isn’t fully in the park when their foot isn’t on the brake and they open a door to leave the vehicle, or to place a vehicle in park automatically in such cases if instead it was left in drive.

Gear shift lawsuits are being filed across America for the park to reverse injuries or other damages caused by defective detent gear shifts or defective electronic gear shifts.

For the latter, plaintiffs can use an April 2016 recall of 1.1 million Jeep Grand Cherokee, Chrysler 300 and Dodge Charger vehicles from recent model years as an admission by Fiat Chrysler that its vehicles are defective, making the company liable for damages. It’s believed Fiat Chrysler also was aware of the problem long before alerting consumers.

The recent gear shift recall came after investigations by federal agency the National Highway Traffic Safety Administration (NHTSA), an arm of the Department of Transportation. It found over 300 mishaps involving Jeep Grand Cherokees due to electronic gear shifts which allowed a vehicle to roll away when drivers thought they were in park. In those crashes, more than two dozen persons were injured.

A highly publicized death also has been attributed to defective electronic gear shifts in a lawsuit against Fiat Chrysler. Star Trek actor Anton Yelchin was killed in Los Angeles on June 19, 2016 when his Jeep Grand Cherokee suddenly went from a parked position into powered reverse and rolled into him in his driveway, crushing him against a security gate and a brick mailbox.

Yelchin’s parents have filed a product liability and wrongful death lawsuit against Fiat Chrysler and are seeking punitive damages for its electronic gear shift defects.

Other park to reverse injury lawsuits are claiming payments for a variety of injuries caused by the defective electronic devices, for which the recall provides new software. Still, more injury lawsuits also are stemming from defective detent gear shifts.

A park to reverse lawsuit or gear shift defect lawsuit can claim damages against automakers for:

Talk to a Park to Reverse Accident Lawyer Today

If someone in your family was injured in a park to reverse accident or in some other crash caused by a defective gear shifter, old-style defective detent system or new electronic gear shift, notify The Willis Law Firm. David P. Willis is board certified as a personal injury trial law specialist. We’ve put in a lot of effort to get the best results for our clients, and we’ll do the same for you and your loved ones. Call us at 713-654-4040 or 1-800-883-9858.