Are you in need of a Nexium & Prilosec Lawyer? Across America, innocent persons are suffering from defective heartburn drugs that can cause severe injuries. Such Americans may need lawsuits for Nexium or Prilosec kidney failure — lawsuits which can be provided by the Willis Law Firm.

Contact our dangerous drug lawyers today for a legal review of your case that’s free, confidential and at no obligation to you.

Two medications used for heartburn or indigestion, Nexium and Prilosec, in particular, can be harmful, as studies show.

These drugs are sold by prescription but also over-the-counter (OTC) to treat acid reflux indigestion or heartburn, among other digestive maladies. Studies show that such drugs could cause as much as a 50 percent higher likelihood of suffering chronic kidney disease and then kidney failure.

These studies have probed the risks of drugs in a category known as proton pump inhibitors (PPI). In January of 2016 JAMA, Internal Medicine published a study reporting that patients taking PPI medications face a 20-50 percent higher risk of chronic kidney disease than patients not using PPI medications.

After keeping track of over 10,000 patients for more than a decade, the study also found that increasing doses of these drugs led to increased risks of kidney problems. By contrast, heartburn drugs known as H2 receptor antagonists were not found to be linked to kidney maladies.

Thus, patients have the option of using alternative drugs which, unlike PPI drugs such as Prilosec and Nexium, do not contribute to kidney failure. Patients also can take non-medicinal precautions to avoid heartburn and indigestion, such as ceasing the use of tobacco products or alcohol and revising their diet.

Another study at SUNY Buffalo School of Medicine and Biomedical Science in Buffalo, New York, surveyed more than 24,000 patients who, from 2001-2008, developed chronic kidney disease. The study found that 25 percent of these patients had used a PPI drug, and such persons faced nearly twice the risk of premature death.

It is “very reasonable to assume that PPIs themselves can cause chronic kidney disease,” said study lead author Dr. Pradeep Arora. 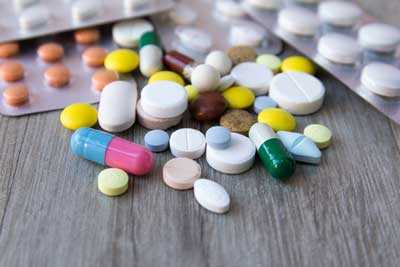 According to the United States Food and Drug Administration (FDA), some consumers, either on the advice of a healthcare professional or on their own, use these OTC drugs for longer periods than their label directions specify. And as studies have shown, the longer PPI drugs are used, the more likely they can cause kidney failure.

PPI drugs such as Nexium and Prilosec also are sold in stronger doses by prescription only. Yet even with those drugs, harm can be caused. One study showed that, among America’s 15 million users of prescription PPI drugs, as many as 70 percent were inappropriately receiving such prescriptions.

In addition, the FDA warnings have implications for other drugs in the PPI family, including Prevacid, Protonix, Aciphex, Zegerid, and Dexilant, as well as generic substitutes.

Why Do Nexium, Prilosec Cause Kidney Failure?

As for why Nexium and Prilosec can cause kidney failure, those PPI drugs can block the secretion of acids into the stomach, which in turn reduces the amount of acid in the stomach. But they also reduce the body’s ability to absorb minerals, particularly magnesium.

Indeed, Prilosec and Nexium’s research shows that these drugs can lead to lower levels of magnesium in the body. The FDA confirmed this in 2011, making an announcement that low magnesium levels can be associated with long-term use of PPI drugs.

The problem? Lower levels of magnesium, an important mineral, can damage the kidneys.

It’s also been determined that kidneys could be damaged over a period of time if patients suffer repeated instances of acute kidney inflammation from PPI drugs.

Why Use Nexium or Prilosec?

Why should anyone use Nexium or Prilosec? Millions of Americans suffer from heartburn, indigestion and acid reflux (backflow of stomach acid into the esophagus), along with other digestive ailments. That means there’s an enormous market for drugs geared to combat these problems.

In fact, in recent years, more than 15 million Americans took PPI drugs — drugs which can include harmful Nexium, Prilosec, and Prevacid. Nexium alone has amassed as much as $6 billion in one year’s sales, which is a large chunk of the $9.5 billion Americans have spent yearly on heartburn medications.

But since such drugs were FDA-approved starting in the 1980s, many side effects and complications have been noted, including an inflammatory kidney disease called acute interstitial nephritis.

Other PPI drugs side effects may include:

Lawsuit targets for Nexium, Prilosec or Prevacid are the manufacturers whose negligence led to kidney failure injuries in users of the drugs. They include:

Procter & Gamble, an American company that manufactures and sells over-the-counter Prilosec, which was FDA-approved in 2003.
Pfizer Inc., an American pharmaceutical giant that makes and sells OTC Nexium products. These include Nexium 24HR, which Pfizer has sold since 2014. (Pfizer acquired OTC Nexium rights from Britain’s AstraZeneca, the original developer of prescription Nexium, in 2012.)
Takeda Pharmaceuticals, a Japanese company, which makes and sells prescription Prevacid. OTC Prevacid24HR is sold by Novartis.

Get a Lawsuit for Nexium, Prilosec, Prevacid

If you or a loved one suffered kidney failure or other kidney damage after using a PPI drug, contact our personal injury lawyers in Houston, Texas to get a lawsuit for Nexium, Prilosec or Prevacid. We can fight for your legal right to financial recovery for your injury losses, including payments for our medical costs, lost wages and pain and suffering.

Contact us today for your free legal case review, at no obligation to you. Then you can decide if you want to join the lawsuits for Nexium, Prilosec and Prevacid kidney failure.