As an expecting mother, dealing with severe morning sickness may be stressful and uncomfortable, but the last thing you want to do is take a medication that could cause life-threatening birth abnormalities in your unborn child. You wouldn’t think a treatment designed to relieve nausea could cause major birth deformities. But Zofran, also known as ondansetron, may have done just that. If your child was born with a birth defect after you took Zofran, contact our injury law firm to talk with a Zofran lawyer at 713-654-4040 or 1-800-883-9858.

Side Effects of Zofran

Birth deformities in the children of mothers who used Zofran while pregnant, to manage “morning sickness,” are among the drug’s problems. As a result of the dangerous drug, their children may develop a cleft palate, cleft lip, or missing limbs or legs.

Cardiac problems such as heart murmurs, ventricular septal defects, and atrial septal defects are each possible Zofran side effects. According to the US Food and Drug Administration, Zofran use during pregnancy can cause Torsade de Pointes, a serious cardiac rhythm disorder involving electrical activity in the heart (FDA).

QT interval prolongation is another possible Zofran heart problem. A child may also have chest discomfort or tightness, as well as an abnormally weak, rapid, or sluggish pulse.

An abnormal heartbeat, or arrhythmia; kidney damage; jaundice; insufficient fetal development; and even fetal mortality are more Zofran side effects. There is also the possibility of life-threatening problems for the child’s mother.

GSK, based in the United Kingdom, has yet to announce a Zofran recall, although it continues to profit as innocent American families suffer. Despite this, the FDA has required that Zofran labeling include stringent warnings.

Another Zofran research looked at over 900,000 pregnancies in Denmark for a decade. In the end, the researchers discovered that women who used Zofran throughout their first trimester, or three months of pregnancy, had a 5 percent chance of having a baby with birth abnormalities, compared to 3.5 percent for women who did not use Zofran.

In 2014, Swedish researchers discovered that taking Zofran while pregnant increased the likelihood of a newborn developing septal heart abnormality by 100 percent. 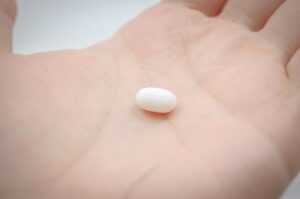 Zofran is a Well-Known Drug

Such casualties haven’t stopped Zofran from being a strong seller for GSK, which has made $1.3 billion in sales over the last nine months. After generic versions were available, sales fell, although Zofran remained one of the top 20 most popular brand-name medications in the United States.

Not only that, but Zofran was the most commonly recommended medication in the United States for preventing morning sickness in the form of nausea or vomiting. Unfortunately, women who used the medicine while pregnant, especially in the first trimester, had a higher risk of their baby being born with Zofran birth defects.

GSK, the manufacturer of Zofran, has been implicated in a scandal.

GSK, the developer of Zofran, has already been reprimanded for its lucrative but unlawful methods. GSK pleaded guilty in 2012 to a $3 billion civil and criminal liability settlement, making it the most significant healthcare fraud settlement in US history.

GSK’s unlawful promotion of Zofran, the antidepressants Wellbutrin and Paxil, and Avandia for type 2 diabetes, for purposes not permitted by the FDA, was a big issue.

GSK offered payments to doctors to encourage them to prescribe Zofran for use other than those authorized by the FDA. Zofran was meant to be used only to treat nausea in chemotherapy or post-surgery patients, but GSK took advantage of the vast market of pregnant women by marketing it to them to help them deal with their own nausea and morning sickness.

GSK made enormous profits because of this scheme, but it also exposed countless American newborns to severe, life-altering, and possibly life-threatening birth abnormalities. 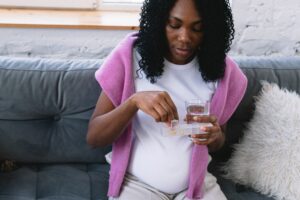 Americans may need to file Zofran lawsuits because of GSK’s unlawful and shameful conduct with Zofran. Anyone whose child has been hurt because the mother used Zofran while pregnant should contemplate filing a lawsuit.

GSK, whose headquarters are in Brentford, England, but which also has operations in North Carolina and Pennsylvania, is the target of a Zofran lawsuit. With operations in over 100 countries, GSK is the world’s sixth-largest pharmaceutical company.

To get advice from a dangerous drug lawyer regarding your possible Zofran injury case, contact the Willis Law Firm. David P. Willis is board certified as a personal injury trial law specialist. Your family may be entitled to substantial financial compensation for your losses, including medical expenses, missed wages, and pain and suffering.

Our Zofran attorneys in Houston assist patients and families around the United States, and we do it with unrivaled experience and results. Please call us at 713-654-4040 or 1-800-883-9858 if you or someone you care about has been injured by taking Zofran.

Don't Pay
Until We
Collect
We Can Help
Free Case Review
Testimonials
When my husband got seriously injured we interviewed lots of trial lawyers until we met Mr. Willis. Instantly we knew he was the one. He didn’t let us down. His tenacity and fight changed our lives.
Sherry Lynn B.
After I got seriously injured I felt lost and helpless. My father suggested I call Attorney Willis to help. His legal staff was amazing. Extremely patient and always called back when they promised. They were always available for me and helped push my case along fairly quickly. I highly recommend them to anyone I know.
Melvin D.
As a trial lawyer & former Texas Judge, when my own daughter got seriously injured, I thought of no other lawyer to call to handle my daughter’s injury case except David Willis.
Ben C.
Practice Areas
FEATURED FAQS
Free Case Review