Were you hit by a drunk driver and injured? If so, you may need a Houston drunk driving accident lawyer to handle your case and ensure you’re paid what your injury is worth by the responsible driver or their insurance company.

Contact the Willis Law Firm today for your free legal consultation on your case. Our Houston personal injury firm can help you recover significant economic compensation for your medical bills, lost salary and pain, and suffering due to a drunk driving accident. This may require filing a civil lawsuit against the drunk driver and his or her insurance company.

It’s not always enough to be in the right. Even if a driver was found to be legally drunk with a BAC (blood alcohol concentration) of .08% or higher, that driver’s insurer may resist a civil lawsuit claiming damages for victims.

Such damages can be compensatory, by compensating a victim for specific financial losses, or they may be punitive, as a means of punishing the bad driver and setting an example. Either way, a drunk driver’s insurance company is likely to claim that the crash involved contributory or comparative negligence on the part of the victim.

In other words, the insurer may seek to blame the victim, at least in part, for the crash. If successful, this tactic can reduce the amount that a victim is able to recover financially.

By state law in Texas, as well as in 32 more states, comparative negligence is in play. That means victims can be deemed partly responsible for their injuries and may not be able to collect fully for their costs.

For example, if the victims are found to be 30% responsible for the crash, then the victim will be able to collect no more than 70% of the costs since the other 30% was the victim’s fault. A Houston car accident lawyer can help you prove less to no fault in the accident recover

As for those two types of damages, compensatory damages cover monetary losses such as medical expenses and lost present and future salary caused by a drunk driving accident. Punitive or exemplary damages are assessed by the court to punish an especially negligent or reckless driver and to set an example to warn others.

Punitive and exemplary damages frequently are given by Texas juries to survivors in fatal drunk driving cases.

As for gross negligence, Texas law defines gross negligence as being “more than momentary thoughtlessness, inadvertence or error of judgment. It means such an entire want of care as to establish that the act or omission in question was the result of actual conscious indifference to the rights, welfare or safety of the persons affected by it.” 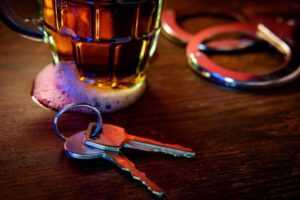 Since driving while drunk is a choice made by a driver, it qualifies as gross negligence.

Also keep in mind that, though an injury lawsuit is a civil matter, a criminal charge also may be made against a drunk driver.

If a drunk driver kills someone, the victim’s survivors can file a wrongful death lawsuit against the driver and his or her insurance company, claiming money for medical expenses prior to the victim’s death, loss of future salary, funeral costs, and other expenses, as well as counseling costs for survivors.

Securing evidence in a drunk driving case may mean gaining access to police records of a drunk driving arrest, video of a driver failing field sobriety test and audio recordings of 911 calls about the crash or perhaps calls from other drivers alerting authorities just before it.

What is the objective evidence? This refers to breath or blood samples from the driver which can establish a BAC, or blood alcohol concentration, of .08% or higher, thus making the driver legally drunk. Every state in America uses this standard for driving drunk.

As for subjective evidence, that includes signs of drunkenness, such as difficulty following instruction, performing poorly in a field sobriety test conducted by law officers or exhibiting loss of normal mental or physical faculties.