Zantac is one of several drugs used to relieve heartburn and acid reflux symptoms. But people may get cancer in return. The FDA demanded that all ranitidine and Zantac products be removed from store shelves because of Zantac cancers. We help people across the United States hurt by dangerous drugs like Zantac.

The Food and Drug Administration (FDA) stated that the anti-acid drug Zantac, which also contains ranitidine, has dangerously high quantities of a chemical known as N-nitrosodimethylamine (NDMA). NDMA is a potential carcinogen, with amounts identified in the substance ranging from 3,000 to 26,000 times the FDA’s daily permissible ingestion limit.

If you have taken Zantac and have been diagnosed with cancer, contact the Willis law office now to discuss launching a Zantac cancer case. Our dangerous drug attorneys will provide you with a free consultation to analyze your claim and advise you on your best legal options. Please call us at 713-654-4040 or 1-800-883-9858 if you or someone you care about has been injured by taking Zantac. 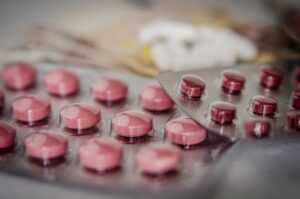 According to recent medical studies, cancers caused by Zantac include:

Zantac was initially advertised and sold in 1983. It was the first prescription medicine to sell over a billion dollars. It was popular. Until the most recent revelations, Zantac was still widely given for acid reflux, heartburn, and a range of stomach ulcer and acid-related symptoms in people of all ages, from infants to the elderly. The generic version of ranitidine, which is the same active medicine as Zantac, is marketed by several brands under their own labels, including Walmart, Walgreens, and CVS. All are dangerous because of the way the medication degrades in high-temperature environments.

Whether it’s high temperatures during production, distribution in trucks or ships, sitting in a hot car, or warm body temperatures as the drug passes through the digestive system, ranitidine breaks down and reacts with the temperatures and acid to produce toxic levels of NDMA, which can lead to life-threatening cancers like bladder, kidney, stomach, and many others over time and at high levels of exposure. 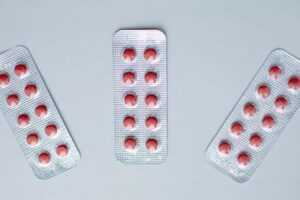 Has There Been a Zantac Recall?

Due to these disclosures at third-party testing facilities, Zantac recalls have been issued all across the world. When the news surfaced, health officials recalled and suspended the distribution of Zantac and ranitidine. Several of the world’s top pharmaceutical firms have issued recalls on their prescription Zantac, ranitidine, and over-the-counter medicines on their own.

How do I know if I’m Eligible to File a Lawsuit Against Zantac?

Cancer lawsuits for Zantac have been brought against the producers of these dangerous medicines. Sanofi, Sandoz, Apotex, and many other medication companies have been accused of design flaws and failing to warn of the cancer risk. If you used the medicine for a short time and were only exposed to low quantities of NDMA, the FDA does not believe you are at risk of cancer. Due to continuously high amounts of NDMA exposure in patients who were administered Zantac for months or years, there may be an increased chance of cancer developing, especially if the manufacturer was careless in the way the medicine was manufactured.

If Zantac was manufactured in a heated environment, the chances of the drug containing greater-than-acceptable NDMA levels are much higher. As the medicine moves from the manufacturing to the drugstore shelf, the potential of NDMA levels rising even higher exists. Finally, when the drug is transported from the shop to the user’s residence, there is additional possibility of a rise in NDMA levels.

Higher temperatures may raise the amounts of NDMA in a heartburn medicine over time, depending on the storage circumstances at that person’s house, resulting in a heartburn drug that has many times the permitted limit of NDMA. The FDA verified  that NDMA levels in ranitidine grow even under normal storage settings.

High amounts of NDMA can raise the risk of bladder, stomach, kidney, and other malignancies. According to the World Health Organization, the bladder, brain, liver, kidneys, lungs, and stomach are among the organs that may be impacted by NDMA.  Pharmaceutical companies failed to adequately notify the public and consumers about the hazards of NDMA in their products, including cancer.

Zantac lawsuits claim that the medication’s inherent instability is a design flaw and that drug companies were aware of NDMA’s danger for years before removing ranitidine from the market. It’s possible that the drug producers were aware of multiple studies in the 1980s that discussed the hazards of NDMA creation in Zantac, and that the potential for even more NDMA grows when ranitidine combines with stomach acids and nitrites within the body. According to certain research, NDMA can occur when ranitidine is exposed to drinking water containing chlorine as a disinfectant.

The prospects of success in a lawsuit against the pharmaceutical makers depend on the plaintiff’s ability to prove Zantac use through pharmacy records, prescriptions, or other medical data, as well as a cancer diagnosis. The length and frequency of use, as well as the kind of cancer with which the user has been diagnosed, are all crucial factors. We are now investigating stomach or gastric cancer, intestine, colorectal cancer, bladder cancer, esophageal cancer, liver cancer, and kidney cancer linked to NDMA in Zantac and ranitidine.

Speak with a Lawyer About a Zantac Cancer Lawsuit

Individual Zantac & Ranitidine personal injury lawsuits are now being filed on behalf of clients who used these drugs and were diagnosed with one of the linked cancers by the Houston personal injury lawyers at the Willis Law Firm. If you used Zantac or ranitidine and later developed cancer, you may be eligible for compensation for the harm caused by the pharmaceutical. David P. Willis is board certified as a personal injury trial law specialist. Our dangerous drug attorneys in Houston assist patients and families around the United States, and we do it with unrivaled experience and success. Please call us at 713-654-4040 or 1-800-883-9858 if you or someone you care about has been injured by taking Zantac.