Because the brain is involved in everything you do, a traumatic brain injury is extremely disruptive. The brain is the most fragile organ in the body, and when it is harmed, the consequences can be severe. Traumatic brain injury most often occurs in falls, auto accidents, rollovers, and at work. In addition to the emotional and physical anguish of a catastrophic brain injury, the financial burden is also devastating to patients and those who care for them. Along with the cost of therapy, sufferers may find it difficult or impossible to make a living, resulting in substantial income loss. Victims who have suffered traumatic brain injuries may require continuous, lifelong care. If someone you care about is permanently disabled from a brain injury, you may experience a loss of companionship with that person. 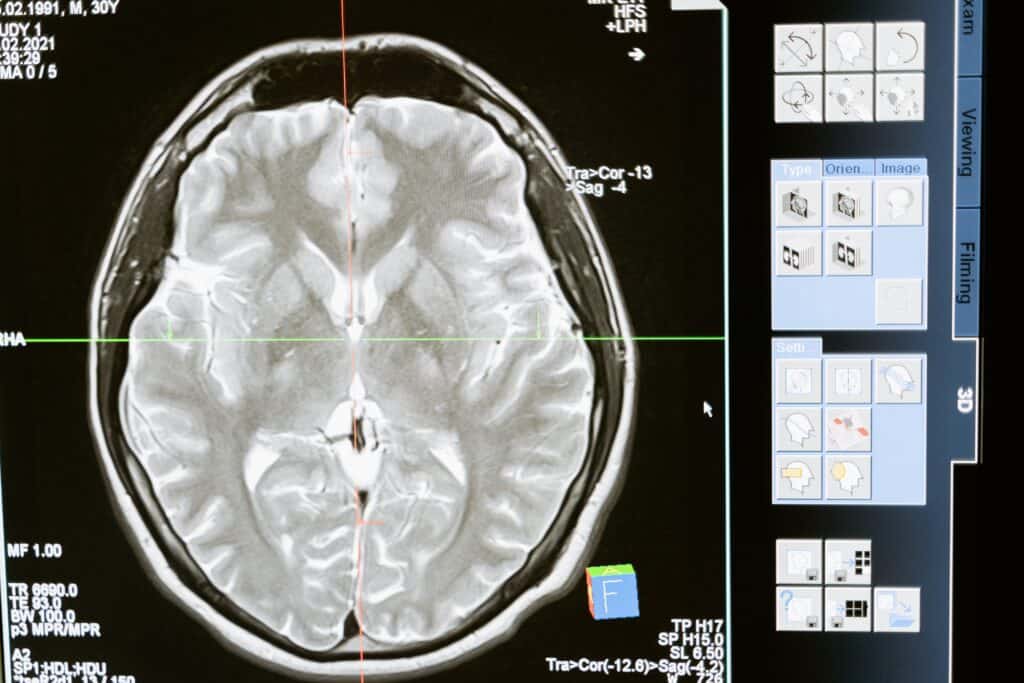 Brain injury attorneys can help your family navigate the complicated legal path that you need to take in order to be paid for the traumatic brain injury. There are some legal steps you can take to get compensation for the lower quality of life that permanent brain damage may cause.

What is the severity of a brain injury?

According to the Centers for Disease Control and Prevention, TBIs were responsible for nearly 2.5 million emergency room visits, hospitalizations, and fatalities in 2010. TBI-related impairments affect roughly 5.3 million persons in America.

What are the causes of traumatic brain injury?

Injuries involving some type of blow or the striking of one’s head are among the most common in our society. Some 700,000 people in North America suffer traumatic head injuries each year, and about 10-15% are left permanently disabled.

Between 2006 and 2010, the majority of TBI cases in the United States were caused by four separate events: falls, motor vehicle accidents, assault, or being struck by/against an item.

Unintentional blunt force trauma accounted for 15.5 percent of traumatic brain injuries. TBI was caused by blunt trauma in 24 percent of children under the age of 15. These injuries frequently occur at work, such as at a construction site.

Violence – Approximately 10% of TBIs were caused by assault, and approximately 75% of these injuries occurred in persons aged 15 to 44. 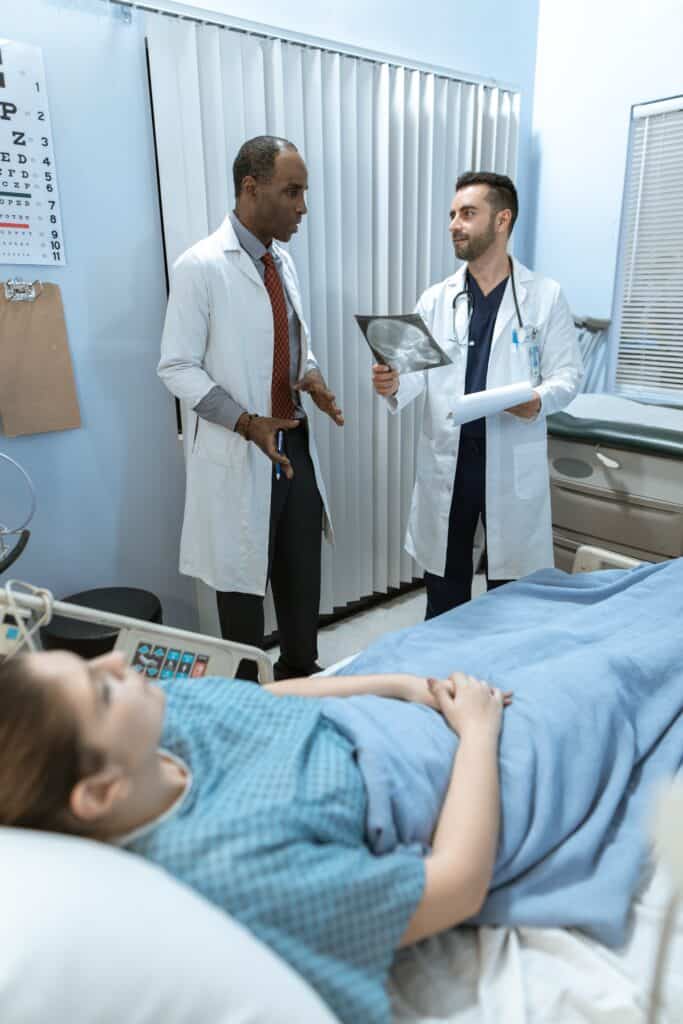 What should I do after a Traumatic Brain Injury?

If you or someone you care about has suffered a traumatic brain injury (moderate or severe), get medical help immediately. At the first appearance, traumatic brain injuries can be difficult to identify, and untreated brain injuries can cause long-term physical and neurological impairment. Keep a watchful eye on the person for any changes in behavior, speech, mood, or other signs. Document any doctor appointments, medicines, and lost work hours, as well as any accessible witness statements. Finally, get in touch with a brain injury attorney as soon as feasible. Because these matters may be quite complicated, it is critical that you have a brain injury lawyer with substantial expertise.

When should I see a doctor about a head injury?

If you or your child has experienced a hit to the head or body that concerns you or causes behavioral changes, always consult a doctor. Seek emergency medical attention if you have any obvious symptoms of traumatic brain damage as a result of a recent blow to the head or other severe injury to the head.

The effect of the damage on brain function is described using the categories “mild,” “moderate,” and “severe.” But even a mild  brain injury is indeed a serious injury that needs immediate attention and an early identification.

What are the signs of brain injury?

Many individuals are unaware that brain injuries are more widespread than they assume, and they frequently go misdiagnosed. Each year, the CDC estimates that more than 1.5 million people experience a brain injury. 85,000 of those suffer from long-term impairment, and 50,000 die.

Severe head trauma can impair physical and cognitive skills or even put the person into a coma, but even seemingly small mishaps can result in significant brain injury. Know the signs and symptoms of a head injury so that you can detect and treat it as soon as possible:

Loss of consciousness, even if only for a short time, is one of the most obvious signs that the brain has been damaged by a blow to the head. An altered mental condition characterized by doubt regarding time, date, and place, as well as a period of memory loss for the events before the head injury, are other signs of brain trauma. Any of these symptoms after a head injury should be addressed seriously.

Traumatic brain injury is a dangerous and incapacitating condition. As a result of post-concussion syndrome, people with severe brain injuries frequently have difficulty with mental and physical functioning and may require ongoing monitoring and help. Even if a person has a head or brain injury with little or no recorded loss of consciousness, they may suffer from lifelong deficiencies that make it hard for them to return to their prior lifestyle and sphere of activity.

What are the types of brain injuries?

Brain injuries are caused by three aspects of the brain-skull anatomy: the rigidity and internal shapes of the skull, the incompressibility of brain tissue, and the brain’s vulnerability to impact.

One of the most common injuries is caused by the first two features, which result in contusions or hematomas (i.e., bleeding) on the surface of the brain. A brain injury generally has two contusion sites. A coup injury is a kind of brain damage that arises at the location of a blow to the head. The other occurs when the brain is pushed away from the site of the original impact and bounces off the skull. The contusion is referred to as a contrecoup injury in this context. When the dura mater is pulled away from the inside of the skull, some bleeding may occur at the suture spots.

Vulnerability to impact, the third attribute, is important only in injuries involving quick and strong motions of the head, such as in car accidents. Rotational forces, such as those seen in whiplash injuries, are especially essential in these instances. These forces, which are linked with fast head acceleration and deceleration, are weakest at the point of rotation of the brain towards the lower end of the brain stem and gradually rise as one moves away from this point.

As a result of the impact, various layers of the brain shift relative to one another. This movement causes axons to stretch and rip (diffuse axonal damage) and the insulating myelin sheath to rupture, both of which are primary causes of loss of consciousness in head trauma. Small blood arteries are also injured, resulting in deep-brain bleeding (petechial hemorrhages).

These injuries, when combined, can cause brain edema. If the pressure within the skull is not eased by surgery, cooling, or medicine, the brain will progressively be forced down through the foramen magnum, an aperture at the base of the skull. The brain stem nuclei that govern respiration and heart function will ultimately get crushed, culminating in death. 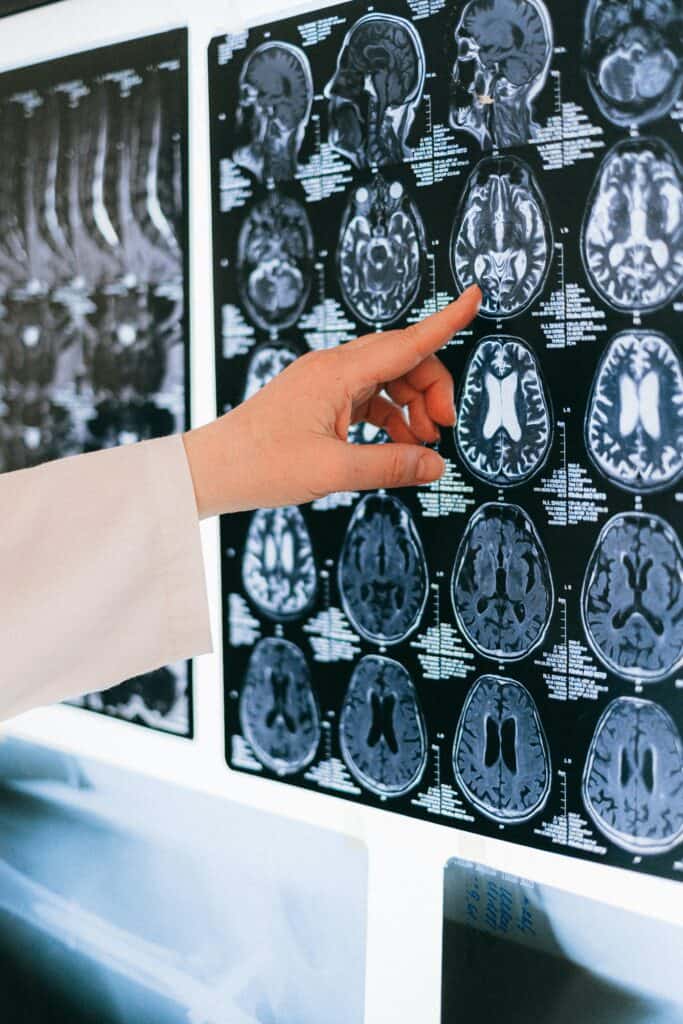 How can a brain injury attorney help me?

If you or someone you care about has suffered a brain injury in an accident, it is critical that you consult with an attorney who is familiar with these difficult matters. We will answer your inquiries and negotiate with insurance providers on your behalf, allowing you to concentrate on recovery. We collaborate with investigators, industry experts, and medical specialists to ensure that you are fairly reimbursed for your losses, which may include:

While engaging a traumatic brain injury lawyer is not always the best decision for every accident victim, it is always a good idea to talk with one so you understand your rights. Speaking with a lawyer who understands disabilities and TBIs can make a significant impact in the success of your case. Accident victims usually have a better case outcome when they have the skills of a lawyer on their side, since an experienced brain injury lawyer understands how to show the entire extent of your injuries and losses.

What are your results in brain injury cases?

Willis’ client had her four-year-old daughter’s prescription for COPD medication filled at a pharmacy. The pharmacist used the manufacturer’s easy-open pharmacy bottle to fill the prescription for the child. The four-year-old thought the bottle was full of sprinkles. She opened the bottle and consumed 12 pills of theophylline. It was a toxic overdose resulting in her severe and permanent brain damage. Lawyer David Willis sued the pharmacy, the pharmacist, and the drugmaker. After 18 months of fierce personal injury litigation, they settled for $22.5 million.

A speeding train hit a car full of teenagers traveling down a two-lane country road. The train crew failed to blow the train’s horn. Southern Pacific failed to install lights or gates at the crossing. One back seat passenger died and the other was brain damaged. After three weeks of trial, the court rendered a verdict for $25.5 million against the train company and crew. The clients settled the matter for $15,000,000 after appeals began. Expenses $37,481, Attorneys’ Fees $5,216,100, Net to Clients $9,746,419

A thirteen-year-old girl in a church group was spending the day at a Houston, Texas waterpark. She took her inner tube to join her friends in the wave pool. She was swept from her tube and found nearly five minutes later by another guest. She suffered severe anoxic brain damage after she was revived. Personal injury trial lawyer David Willis filed a lawsuit against the wave pool designer, equipment maker, tube manufacturer, and the local wave pool operator. They settled for $4.25 million in a hard-fought lawsuit. Expenses $41,356, Attorneys’ Fees $1.47 Million, Net to Clients $2,738,644

Willis’ client was an independent contractor hired to work as a lighting engineer on a film. The client was about 25 feet from the pavement, standing on the third section of scaffolds when they started to slide out and fall over. He fell to the pavement below, suffering irreversible brain damage. The client would never work again. David Willis sued the scaffolding rental company. Our case settled for $2.78 million. Expenses $26,358, Attorneys’ Fees $1.11 Million, Net to Client $1.64 Million

Contact a brain injury lawyer if you or a loved one has suffered a traumatic brain injury in a vehicle accident, at work, or in any other emergency. TBI patients frequently require lengthy hospital stays, medical treatments, and rehabilitation programs. Medical costs can begin to build up, producing unnecessary stress for those who should be concentrating on their recovery. Our skilled brain injury attorney can take care of the inconvenience and worry for you, allowing you to focus on recovery.

Our brain injury attorney has helped many critically wounded clients nationwide. David P. Willis is board certified as a personal injury trial law specialist. For almost 40 years, we’ve put in a lot of effort to get the best results for our clients, and we’ll do the same for you and your loved ones. Call us at 1-800-883-9858 to talk about your brain injury matter.