While Taxotere can help people survive breast cancer and other diseases, personal injury lawyers are examining whether Taxotere’s maker adequately notified patients and the medical profession about the drug’s connection to irreversible hair loss. Patients should have been told about all available pharmaceutical choices, including ones that do not cause permanent baldness.

The issue isn’t only that Taxotere, manufactured by Sanofi (whose US subsidiary is Sanofi-Aventis), can result in permanent baldness or hair loss. It’s also because the company failed to warn potential patients about Taxotere’s adverse effects.

As a result, women were unable to make an educated decision about which cancer therapies to use or avoid. So many women chose Taxotere, which is claimed to have double the strength of the cancer medication Taxol. According to research, up to 9% of these women have experienced irreversible hair loss as a result.

Sanofi-Aventis, however, did not generate a superior medication to compete with Bristol Myers Squibb’s Taxol and capture some of its markets. Taxol is considered to be equally as effective as Taxotere in chemotherapy, if not more so, and unlike Taxotere, Taxol does not cause permanent baldness.

In reality, Taxol isn’t the only cancer medication that doesn’t cause permanent hair loss, unlike Taxotere. While several cancer therapies can cause temporary baldness, only Taxotere has been linked to irreversible hair loss.

If women had known ahead of time that Taxotere, when given intravenously during chemotherapy, could cause permanent hair loss, they would have made other decisions. The drug’s prescription instructions, on the other hand, reassured potential users that “hair generally comes back.”

Finally, in late 2015, the US Food and Drug Administration (FDA) published a warning about Taxotere hair loss. The company could not avoid disclosing this information, which was forced to include an FDA warning concerning irreversible hair loss on Taxotere’s label.

Thousands of women who had Taxotere breast cancer treatments and afterward developed irreversible baldness, commonly known as persistent alopecia, were not helped by the FDA warning, which came too late. 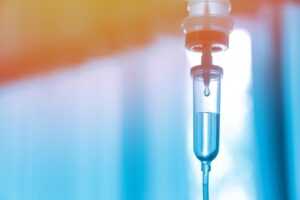 The following are some of the hair loss lawsuits that have been filed:

Why Does Chemotherapy Cause Hair Loss?

The type of treatment plays a role in why chemotherapy causes hair loss, even if it is just temporary.

However, most cancer therapies only cause temporary hair loss in patients, who can eventually regrow most of their hair. Taxotere, which contains the active component docetaxel, is an exception.

Hair loss usually starts two weeks after starting chemotherapy treatment. It lasts for the duration of the therapy, and hair usually regrows within six weeks after the treatment is over.

Suffering from cancer is awful enough, but chemotherapy-induced hair loss is both physically and emotionally distressing, lowering a woman’s self-esteem. Victims of hair loss Taxotere may be entitled to compensation for their suffering, agony, and medical expenditures if they file a Taxotere lawsuit.

Although Taxotere was authorized by the FDA in 1996, multiple incidents of irreversible hair loss have been observed. Up to one out of every ten women who get Taxotere chemotherapy have permanent — not temporary — hair loss.

Other potential Taxotere side effects include:

Permanent hair loss and other Taxotere side effects have been proven in several studies.

The Rocky Mountain Cancer Center conducted an independent study in 2006 that found that more than 6% of breast cancer patients who received Taxotere chemotherapy with Cytoxan (cyclophosphamide) and Adriamycin (doxorubicin) grew back less than half of their hair after chemotherapy. (Taxotere can be used in combination with other medications.)

One negative effect of taking docetaxel, the main ingredient in Taxotere, for breast cancer therapy is “severe and irreversible female hair loss, notably scalp alopecia” according to the Annals of Oncology.

Another study from 2012 found that new cancer medications, such as Taxotere, had a significantly higher risk of adverse effects than older, traditional cancer treatments.

The evidence is clear: Taxotere hair loss victims need to hire a Taxotere hair loss lawyer to preserve their legal rights and file a lawsuit to get compensation for their losses. David P. Willis is board certified as a personal injury trial law specialist. Please contact the Willis Law Firm immediately for a free case consultation so you can choose the best type of action for you. We represent clients across the United States who have been hurt by toxic substances like Taxotere. Allow our dangerous drug attorneys to guide you in obtaining the compensation — and the justice — that you are legally entitled to. If you think that you may have a claim for this type of matter, please contact us by filling out our online form or calling 713-654-4040 or 1-800-883-9858.