Hurt By a Defective Hip Implant

Following a hip replacement surgery, you expect to have more mobility and less pain. You don’t expect that your replacement hip may fail early, causing extreme pain and other catastrophic damage. If you or a loved one is suffering from an infection, edema, implant dislocation, or other severe side effects because of a hip replacement, our personal injury lawyers can help you.

Defective hip implants have caused severe pain and expensive medical costs for many Americans. Through a Stryker or DePuy hip implant lawyer, these Americans may be able to recover meaningful financial compensation. Contact our Houston personal injury law firm at 713-654-4040 or 1-800-883-9858 to schedule a free assessment if you have been hurt by a bad hip implant.

In the example of DePuy Orthopaedics, injuries were so severe and widespread following hip implant surgery using its device that owner Johnson & Johnson ordered a DePuy hip implant recall.

The DePuy ASR Hyp System was sold from 2003 until 2010 when it was recalled in the United States. It sold 37,000 units in America and 93,000 units globally. DePuy was compelled to withdraw the device from the Australian market in 2009 due to its obvious shortcomings as a product. But the company persisted to sell it for profit in the United States until late August 2010, when it was subsequently removed off the market.

A DePuy ASR Hip Resurfacing System or an ASR XL Acetabular Hip System is defective medical equipment. DePuy recently issued a hip replacement recall, but not before these DePuy implants had been placed in many patients’ bodies.

This presents the frightening possibility of a careless manufacturer requesting the “recall” of an implant that must be forcibly removed from the victim’s body to be retrieved. Such removal is referred to as “revision” surgery, which DePuy claims it will pay entirely. Such faulty hip implants must be replaced with good pieces. DePuy isn’t doing this because it wants to do right by the patients it hurt. Instead, it wants to retrieve these devices to reduce its costs in the event of hip replacement litigation.

DePuy provides a “helpline” phone number on its website with the claim to help its victims. But this is a method to reduce claims against DePuy in court because it records the conversations with the people the company injured through its defective product.

DePuy Blames Victims of its Device

Indeed, DePuy has already sought to blame a US military veteran for his own hip replacement surgical injury, claiming that it was his conduct, not DePuy’s defective medical device, that caused his injury. As a result, a Gulf War veteran is battling for his legal right to receive fair and equitable financial compensation, in addition to suffering from a faulty DePuy implant.

A hip implant victim is legally entitled to more compensation than a hip revision operation by the same people who caused the problem in the first place. It should include all related medical expenses, lost income as a result of the hip replacement surgical injury, and the patients’ pain and suffering. 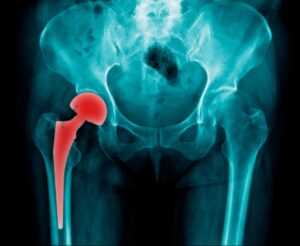 A professional and experienced hip implant lawyer or attorney for a hip replacement case can help you collect these damages. Because of the Willis Law Firm’s national presence, victims of DePuy’s carelessness may get such legal assistance regardless of where they live.

If you or a loved one has received a DePuy hip implant since 2003 and has had pain, inflammation, swelling, shattered bones, or difficulties moving, as a result, contact a hip implant lawyer right away. The statute of limitations in your state may be running out, which means you must file a hip replacement claim as soon as possible.

Stryker also issued a recall because of potential risks associated with its modular-neck stems, including swelling, pain, and corrosion or fretting at the modular-neck junction. The sterility of some Stryker hip implant components has also been called into doubt.

Victims Can Be Compensated

When a negligent producer of a Stryker hip implant or another device causes you harm, you have the legal right to seek monetary compensation through a hip implant attorney.

David P. Willis is board certified as a personal injury trial law specialist. Our attorneys in Houston assist patients and families around the United States, and we do it with unrivaled experience and success. Please call us at 713-654-4040 or 1-800-883-9858 if you or someone you care about has been injured by a hip implant.