Paraquat is a widely used pesticide associated with Parkinson’s disease. Due to its extreme toxicity, paraquat is a weed-killing herbicide limited to commercial usage alone. Farmers and agricultural laborers are the most vulnerable to paraquat exposure, but residents living near industrial farms may also be in danger.

One of the most extensively used industrial herbicides is paraquat, also known by the trade name Gramoxone. It’s also among the most hazardous. The Environmental Protection Agency (EPA) cautions that just one sip can be fatal, and there is no cure available. Years after being exposed to the weed killer through the skin or inhalation, Parkinson’s disease can develop. As a result, paraquat manufacturers are facing a growing number of claims.

Is Roundup made up of paraquat?

No, Roundup from Monsanto does not contain paraquat. Glyphosate is the active component in Roundup. While glyphosate exposure has been connected to incidences of non-lymphoma, Hodgkin’s paraquat exposure has been associated with Parkinson’s disease.

Outlawed in 32 Countries, but Not United States

Paraquat is so harmful that it has been outlawed or tapered out in 32 nations. Brazil, China, and the European Union are among these governments. It’s still used in the US, albeit due to its toxicity, officials have limited it to commercial usage exclusively.

Environmental Health Sciences at the National Institutes of Health and the Parkinson’s Institute and Clinical Center have recently performed research. They discovered that people who were exposed to paraquat were 2.5 times more likely to acquire Parkinson’s disease than those who were not.

Despite the dangers, Chevron, Growmark, Syngenta, and continue to manufacture and market the pesticide. In one year, the firms generate earnings of more than $640 million in worldwide sales. 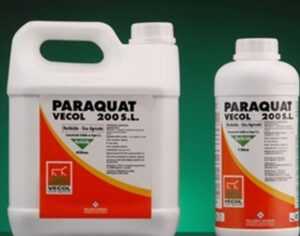 Paraquat poisoning is caused by consuming the substance. Paraquat poisoning symptoms appear fast and include intense pain and swelling in the mouth, throat, and intestines, as well as stomach discomfort and nausea.

Paraquat poisoning occurs when the herbicide spreads to other regions of the body, causing hazardous chemical reactions, particularly in the liver, lungs, and kidneys. Lung scarring, as well as heart, kidney, and/or liver failure, can occur from days to weeks. If a person survives they will almost certainly suffer long-term or permanent lung damage, as well as harm to other organs. 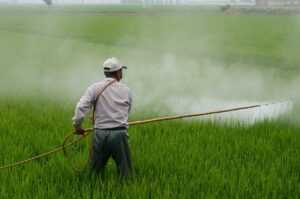 Various chemical fertilizer businesses produce paraquat under many brand names. Gramoxone SL 2.0 Herbicide, manufactured by Swiss agrochemical company Syngenta, is one of the most common products offered in the United States. In the 1960s, Chevron Corporation had the rights to market paraquat via a deal with a business that later became Syngenta.

Other commercial names for paraquat are:

As more individuals become aware of the relationship between paraquat and Parkinson’s disease, lawsuits against manufacturers of the herbicide, such as Syngenta, Growmark, and Chevron Corporation, have surged.

The following are some of the charges in the paraquat litigation:

Plaintiffs claim that the pesticide is faulty and excessively harmful and that paraquat exposure causes neurological damage similar to Parkinson’s disease. In several of the complaints, paraquat makers are accused of failing to warn consumers about the dangers of the weed killer.

Find out whether you have a case by calling our toxic exposure attorneys. David P. Willis is board certified as a personal injury trial law specialist. Our injury lawyers represent people from across America who have been exposed to toxic substances like paraquat. Although every case is different, we’ve achieved remarkable results for clients exposed to toxic substances. Call us at 713-654-4040 or 1-800-883-9858 to talk about your potential claim.