Sumitomo is one of the leading tire manufacturers in the world, but you may not be familiar with their name as much as companies like Goodyear or Pirelli. Sumitomo is originally from Japan, but it has expanded its operations to other jurisdictions where it is known by other names such as Dunlop.

In comparison to other popular tire brands, Sumitomo has had to undertake very few recalls, but there have been numerous complaints filed by consumers over the years. There is a possibility that there are some previously uncovered defects in Sumitomo tires that could have contributed to accidents, but the parties involved did not know this and therefore did not file any legal suits.

Tire makers have a responsibility to produce safe and reliable products. When those products malfunction and cause accidents, the tire maker needs to be held accountable. As a customer, it’s vital to know your rights and what legal options are at your disposal when a defective tire causes an accident.

If you’ve been involved in an auto accident that was caused by a tire defect, regardless of whether it was a Sumitomo tire, or not, it’s crucial that you seek help from a defective tire attorney.

The NHTSA (National Highway Traffic Safety Administration) has a database that records tire complaints and recalls associated with various tire manufacturers including Sumitomo.

2 complaints from 2009 involving tires that had bald treads that caused cars to hydroplane when driving up or accelerating from a stop. 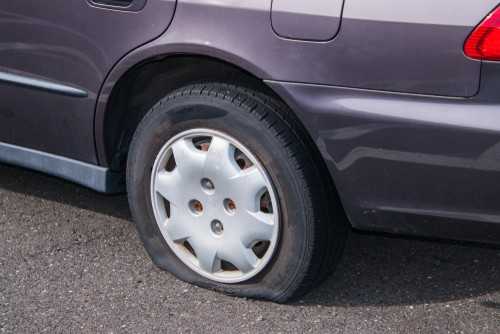 2006 recall for particular Treadway tires that were made with substandard belt wire coat stock. During use, tires would experience belt separation as a result of a reduction in the tire’s ability to prevent corrosion of the steel belt.

There are several other issues involving Sumitomo tires in general that have been reported to cause tire failure such as unexplained blowouts and tread separation. Remember, just because a company does not perform a recall does not mean that there is nothing wrong with a particular version of a Sumitomo tire. This is why talking to a defective tire lawyer is very crucial.

Who’s Liable if I Was Injured in an Accident Due to a Defective Tire?

Tires are among many consumer products that are covered by liability laws. As a tire maker, Sumitomo has a legal obligation to ensure that all its products are safe and reliable. There are a number of scenarios where a tire maker/distributor/retailer can be held liable.

If you’ve been involved in a car accident and suspect that a Sumitomo tire may have caused it, seek the advice of a defective tire lawyer today. It’s crucial to consult a lawyer who has the relevant knowledge and experience regarding tire defects and tire recalls.

At the Willis Law Firm, we pride ourselves on having over six decades of experience in handling a wide range of legal matters, including product liability lawsuits involving tires. Call us on (713) 529-9377 to get a free legal consultation. Let us look into your case and determine if there are any grounds to pursue a product liability claim against this tire manufacturer or any other for that fact.