Although Pep Boys does not manufacture tires as other retailers that have been previously discussed here, but it is an automotive aftermarket retailer that is just as responsible for complaints and recalls for the past several years. The retailer was founded in 1921 by its founders Moe, Jack and Manny in Philadelphia, PA. Over the past several decades, the company has over expanded to over 8,300 service bays that are in over 900 stations in 35 states and also in the U.S. territory of Puerto Rico. The four founding owners took a total of $821 and concentrated on auto repair and parts distribution in their formative years.

These days, the company is owned by the Icahn Automotive Group, however, the company was also acquired by Bridgestone Tire a few years before Icahn’s acquisition of the company.

There are many tire manufacturers that create tires for Pep Boys. As a result, if you have gotten injured after having any tires installed on your car by Pep Boys, you may be entitled to compensation. Our skilled and experienced tire defect lawyers at The Willis Law Firm will be able to help you recover damages through either a settlement or civil litigation.

The first thing that consumers need to understand is that the tires installed by Pep Boys employees are not directly manufactured by the company, but they are manufactured on behalf of the company. With that said, this does not eliminate Pep Boys from liability. The retailer is held liable if it does not inspect the tires before they are installed.

It was estimated that over 8,500 Cornell 1000 tires were under recall because they had nonconforming belt stocks installed. This defect could have led to injuries and belt exposure. The tires were manufactured during a 7 day period in August 2006. The most common end result of this defect was tread separation. There were several other brands that were affected during this time as well. 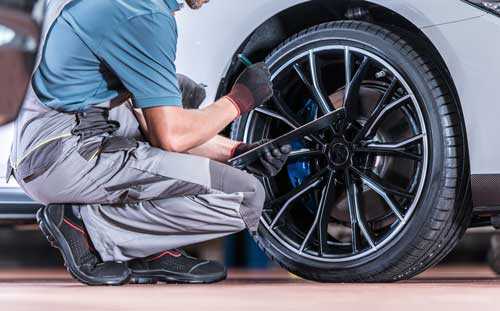 The Pep Boys Futura Dakota H/T and the Futura Adventurer tires were also recalled because of intermittent sidewall cracking, and this could have led to a tire blowout. Even though over 8,200 tires were affected by the recall but there was no recall consumer notification time was provided.

Over 33,000 Cooper P25575R15 tires that were manufactured by the retailer were recalled due to the failure of the ply coat stock. As a result, the tires had lower adhesion problems. The date of manufacturing for these tires was June 1, 1989.

Keep in mind that there have been plenty of other recalls that we have spoken about on several other pages that may be related to Pep Boys. This is why it is critical to look at the website as well as the NHTSA website to get more information about the recall information.

It does not matter who manufactured the tires that are installed by Pep Boys technicians, it is the retailer’s due diligence and to notify that is activated when money and goods are exchanged between the retailer and the consumer.

The duty to notify exists whenever there are issues with tire defects and recalls are known by the retailer. The moral responsibility exists because it is up to the retailer to ensure that the driver does not leave with any recalled or defective products that were installed by Pep Boys.

We at The Willis Law Firm are experienced and we have years of knowledge regarding product liability law. We want consumers to be informed when Pep Boys have not been responsible and have neglected to inform consumers about known tire defects and tire recalls.

Even though compensation is not promised, it is a possibility in some situations when consumers become injured after having tires installed on their vehicle, and a retailer allowed the consumer to leave the location with defective tires on their vehicle.

It does not matter whether you are dealing with a wrongful death injury claim or a failed ply stock defect case resulting from defective or malfunctioning tires, we our ready to handle your case. Contact us for a no-cost initial consultation. Call us toll-free at (713) 529-9377.