The Goodyear Tire and Rubber Company were established by Frank Seiberling in 1898 in Akron Ohio. The company manufactured pneumatic tires, and until 1976 produced bicycle tires and also airships. The company is famous for its Goodyear Blimp, one of modern history’s most famous advertising icons. The multibillion-dollar tire enterprise was named after Charles Goodyear, who developed vulcanized rubber.

Some of the initial products produced by Goodyear included carriage and racing tires, poker chips, and horseshoe pads. The recent history of the company includes dissolving a partnership it had with the Sumitomo Tire and Rubber Company, a remodeled world headquarters located in Akron, Ohio, and a $40.1 million mesothelioma lawsuit.

Any consumer who has suffered serious injuries as a result of problems with Goodyear passenger car and truck tires should contact the tire defect lawyers at the Willis Law Firm immediately, We are a pro-consumer law firm that provides superior representation in all Goodyear tire defects claims. We do not charge any fees upfront, and if you do not win your case you will owe us nothing.

There have been numerous recalls that have taken place over Goodyear’s otherwise successful history of producing replacement tires. All of the following happened from 1980 to now:

Goodyear 165SR13, which was manufactured from August 1 through November 1, 1979, was recalled due to having a sidewall gauge that was insufficient. It could have resulted in cracking at speeds of 55 mph and higher. This recall involved 12,500 tires.

6,000 of the Goodyear 8R195 tire were recalled more than years after the defects had been discovered. The tires were produced from December 1, 1982, through February 1, 198 3. The rubber gauge distribution had an irregularity that could lead to stress cracks forming throughout the rubberized ply cords. 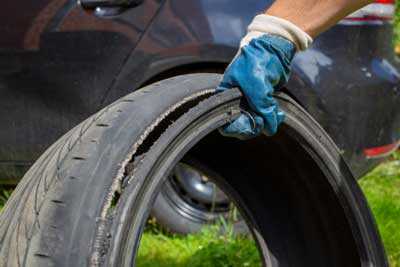 Goodyear’s Fortera HL P255/65R18 109S tires were recalled due to tread cracking. They were made from November 30, 2014, through January 10, 2015. They failed the FMVSS 139 regulation, which certain standards for light vehicle tires.

If an Injury Was Caused By Goodyear Tires, You Have Options

Under absolutely no circumstances should a tire company, its legal team, or anybody else who is involved directly with tire sales ever attempt to bully you into thinking that defective tires are caused by improper care or inflation. As long as consumers do not abuse the designed use of tires and inflate them properly, they can hold companies such as Goodyear accountable for producing poor quality products.

The Willis Law Firm has deep product liability knowledge and extensive experience in dealing with various tire companies. We are a leading consumer law firm that is fully committed to litigating cases just like yours.

From having tire experts deposed in tire recalls or tire defects cases, to getting claims settled before trial, you will receive nothing but world-class attention to detail and the full commitment and focus that your case deserves, particularly when it comes to solving the complex problems that are often involved in a tire injury case.

Whenever Goodyear tires place loved ones, your family, or you at risk, only the finest representation will do. Get your free consultation scheduled with one of our law firm’s experts. To get started, call (713) 529-9377 today.