Cell phone use while driving and texting while driving accident statistics are shocking the public. Texting while driving, emailing, browsing the web via cellphone causes the driver to have accidents at a rate six times higher than the accident rate of drunk drivers. At any given point during the day, some 660,000 drivers are using their cell phones in some way while operating a motor vehicle.

When a driver takes his eyes off the road and texts while driving, the average time spent taking their eyes off the road is four to five seconds. When traveling at a rate of 55 mph, the distance traveled is enough to cover the entire length of a football field. Texting while driving accidents and deaths inevitably occur when someone chooses to behave in a reckless manner endangering the lives of other drivers, bike riders, and pedestrians sharing the roads. Distracted driving is an epidemic across the country resulting in 3129 deaths in 2014 alone. 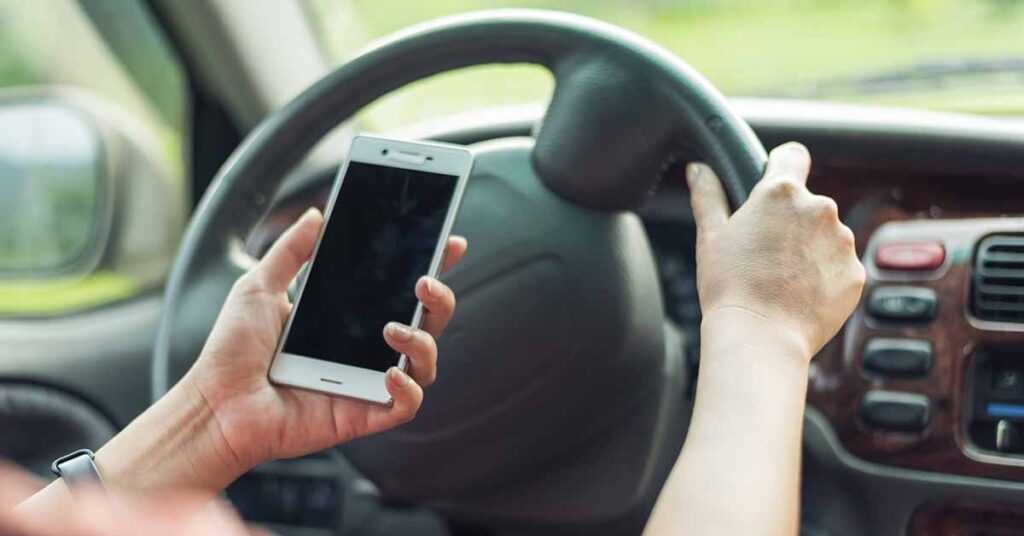 Common Forms of Distracted Driving from Smart Phone use:

While the above are common forms of distracted driving, texting while driving accidents are particularly concerning because they require excessive visual, manual, and cognitive attention from the driver. Smartphone use is now widespread across the country with over 80% of cell phones falling into the smartphone category. According to NHTSA, in 2013, the percentage of drivers texting while driving visibly was around 1.7%. One year later, the same study reported this number to have increased by 2.2%.

The friends and family of the thousands of people killed each year because of texting while driving accidents will tell you how serious of a problem it is. Unfortunately, many drivers know the risks and see the statistics and still behave recklessly. Those drivers choosing the text and drive think they can somehow defy the odds. Even drivers using a hands-free device to talk on the phone while driving may miss visual and audio cues that can be critical in avoiding severe accidents.

If you or your loved ones have suffered a severe and debilitating injury or death caused by an accident due to texting while driving or distracted driving, the Willis Law Firm is here to help you get the compensation you may be entitled to. The need for legal representation is needed to help secure the evidence, investigate the accident, interview witnesses, gather the police reports, cell phone records, and other critical evidence needed to win the lawsuit for the clients.

David P. Willis is board certified as a personal injury trial law specialist. We represent families in distracted driving accidents across the United States. For almost 40 years, we’ve put in a lot of effort to get the best results for our clients, and we’ll do the same for you. Call us at 1-800-883-9858 to tell us your story.