Rollover accident reports have afflicted Ford trucks, including the Ford F-250 and F-350 Super Duty truck models. Defects in the truck’s manufacturing appear to have made these trucks vulnerable to rolling over. The roof of the driver’s compartment has caved in following a rollover, placing the occupants in severe danger of disastrous harm.

Our Houston rollover lawyer is hearing from Ford F-250 and F-350 drivers across America who have been injured because of their truck roof collapsing. We have successfully prosecuted dozens of rollover claims against prominent manufacturers including Ford. We may be able to file a claim on your behalf if you were hurt when your Ford F-150, Ford F-250 or Ford 350 rolled over.

Ford F-250 and F-350 vehicles have received several major consumer complaints. according to the NHTSA.  The bulk of concern is about losing control of the car at highway speeds because of minor road bumps.

Hundreds of customers have reported to the NHTSA that striking even a small bump on the road while going at high speeds causes the entire vehicle to shake, making steering problematic. To reduce the violent rocking, they had to come to a complete stop, putting them at risk of being rear-ended while stopped on the highway. This has been called the “death wobble,” Drivers are frightened to drive their trucks at highway speeds because of the danger of losing control.

Although the NHTSA is still investigating crash reports, it appears that the “death wobble” fault of both the Ford F-250 and F-350 Supers has led to past rollovers.  Drivers who need to turn a corner while their truck is shaking may lose control. This can send the truck crashing over onto its side before rolling over and crushing the roof. 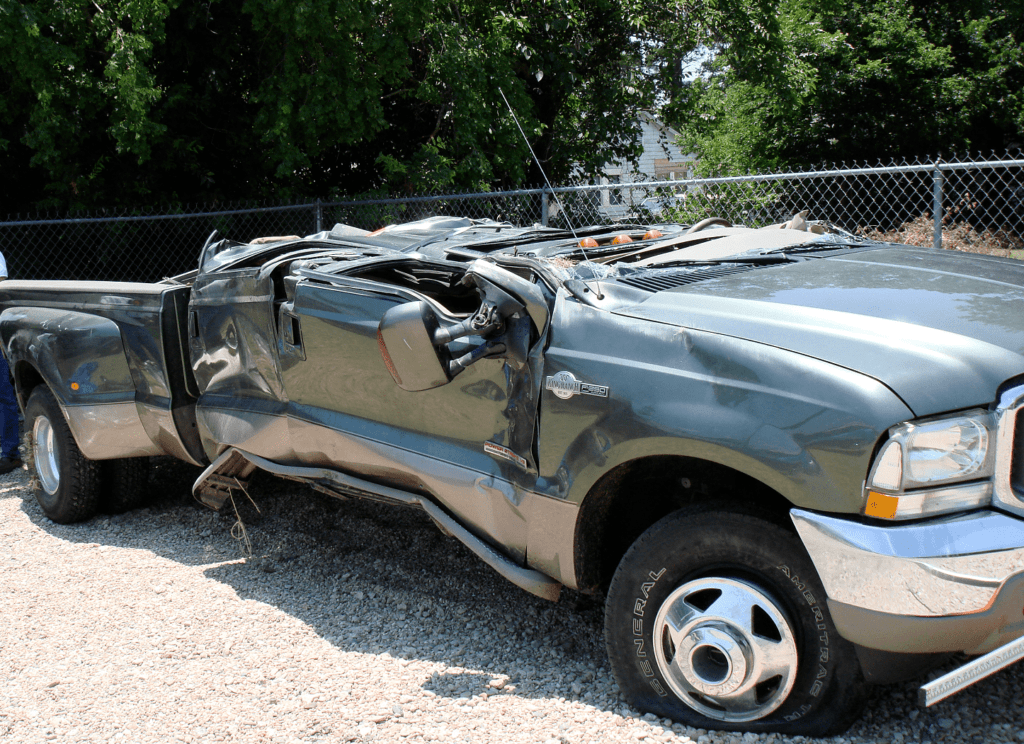 After being in a rollover accident while driving a Ford F-250 or F-350, it is vital to recall details about what caused the terrifying event. If your truck violently trembled and you complained to your dealership about the problem, then your claim is particularly strong.

Even if your vehicle had never wobbled before the crash, the problem is so widespread among Ford F-250 and F-350 trucks that Ford and your local dealership should have been aware of it and warned you. However, there is no current recall statement for these two types of vehicles due to the risks of wobbling or rollover.

Damages that may be available to your Ford F-250/350 Super Duty rollover crash claim:

When it comes to doing what is best for our clients, our attorneys are not hesitant to go toe-to-toe with big vehicle manufacturers like Ford. If you were injured in a rollover accident or any type of crash caused by your truck’s “death wobble,” we want to take on Ford on your behalf to get maximum compensation. As highly skilled and dedicated attorneys, we are capable of reaching favorable settlements while also going to trial when required.

Results in a Rollover Accidents

A young married couple was driving down Interstate 35 outside Temple, Texas when the back left tire suddenly detreaded causing the driver to lose control. The SUV rolled on the highway and then onto the shoulder. The wife’s head was crushed when the roof collapsed, killing her. David Willis brought a products liability lawsuit against the SUV and tire maker that later settled for $3,500,000. Expenses $28,269, Attorneys’ Fees $1,400,000, Net to Client $2,071,731

Our rollover injury lawyer has helped many critically wounded clients nationwide recover money for death and catastrophic injuries caused by SUV and truck rollovers. David P. Willis is board certified as a personal injury trial law specialist. We’ve put in a lot of effort to get the best results for our clients, and we’ll do the same for you and your loved ones. Call us at 713-654-4040 or 1-800-883-9858.